Twitter Australia’s editorial curation lead, Neil Varcoe, 40, revealed he was on ‘gardening leave’ on Monday – sharing a picture of the Bunnings warehouse plant section to LinkedIn, Facebook and Twitter.

The term is used to describe an employee’s suspension from work on full-pay for the duration of a notice period – generally for top executives.

Mr Varcoe told friends on Facebook that he was unable to comment on the details of his departure from the company but said the media has covered it ‘fairly well’.

Musk – who took out more than $30billion in loans to buy the social media giant – sacked half the company’s 7,500 worldwide employees at the weekend.

On Friday, Mr Varcoe revealed he had been shut out of the company’s internal instant messaging accounts in a since deleted tweet.

‘I was just logged out of Slack,’ he wrote, alongside a salute emoji in an apparent farewell to the company.

It is understood that of the 40-strong Australian workforce, only a ‘skeleton staff’ of mostly those working in advertising have survived the cull.

Twitter closed access to its offices worldwide and locked staff out of company accounts on Friday, advising them to stay at home and await news of their fate during a huge corporate restructure.

Employees were told they would either receive an email to their work account, which indicated their job was safe, or one to their personal account – which would mean they were now unemployed. 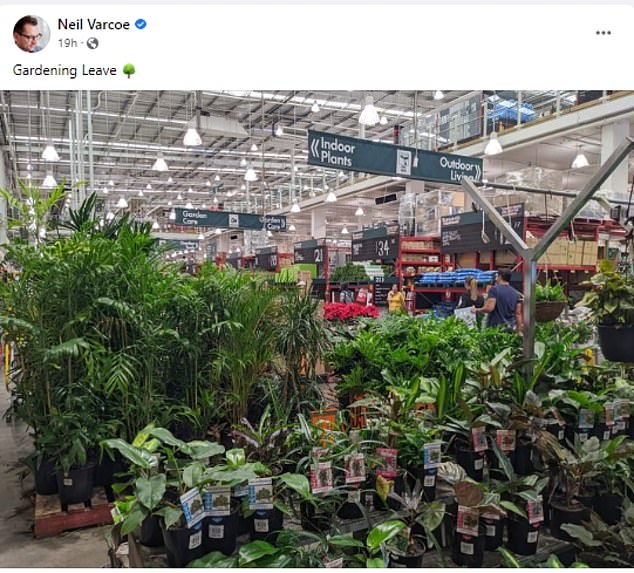 Employees at the Sydney Twitter office received an email on Saturday at about 1am notifying them on whether they still had a job.

Local Twitter staff shared their ‘heartbreak’ on LinkedIn after receiving news they were part of the global layoffs.

‘I’m heartbroken because when I left my previous job at SBS I thought I wasn’t going to find another place I loved so much so quickly. But I did. It’s the people that made Twitter so special. What’s next for me? I’m not sure.’

But in an unexpected turn of events, Twitter has reportedly reached out to dozens of employees who were sacked in the global layoff and asked them to return.

Some staff who were asked to come back had been sacked by mistake, according to two people familiar with the moves as reported by Bloomberg.

Others, more alarmingly, were ‘let go before management realised that their work and experience may be necessary to build the new features Musk envisions’, the report said.

The cull of close to 3,700 employees by email was a move made by Musk to cut costs at the social media platform.

‘Regarding Twitter’s reduction in force, unfortunately there is no choice when the company is losing over $US4M/day,’ Musk tweeted on Friday. 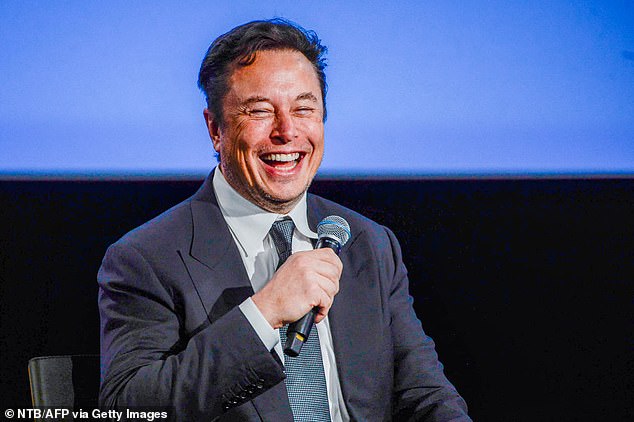 Twitter CEO and Billionaire Elon Musk (pictured) slashed half of the company’s 7,500 staff in a global purge to cut costs at the social media platform

The internal email sent to employees said the cuts to Twitter’s global workforce would put the company on a ‘healthy path’.

‘In an effort to place Twitter on a healthy path, we will go through the difficult process of reducing our global workforce on Friday,’ the internal email read.

‘We recognize that this will impact a number of individuals who have made valuable contributions to Twitter, but this action is unfortunately necessary to ensure the company’s success moving forward.’

The email then revealed: ‘everyone will receive an individual email with the subject line: Your Role at Twitter’.

Employees who kept their positions had an email sent to their Twitter address, with sacked staff receiving the next steps about their termination via their personal email address. 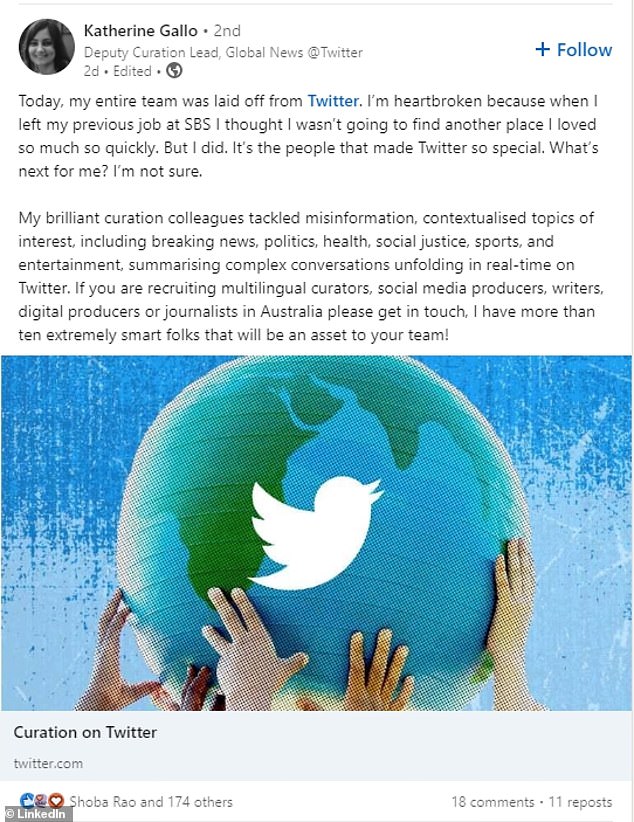 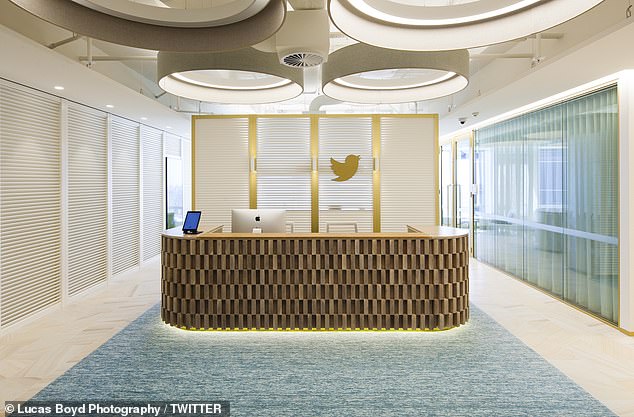 Musk acquired Twitter for $US44 billion ($70 billion) last month, taking on billions of dollars in debt and selling $15.5billion worth of shares in Tesla – his electric car company.

He had already cleared out the company’s senior ranks, firing its chief executive and top finance and legal executives, along with those sitting atop the company’s advertising, marketing, and human resources divisions.

Before buying the platform, Musk tweeted that the company under his ownership ‘will be super focused on hardcore software engineering, design, infosec and server hardware’.

Musk asked users on November 2 whether advertisers should support freedom of speech or ‘political correctness’ – more than two million users voted with in the poll with nearly 80 per cent answering ‘freedom of speech’.

Advertisers voiced concerns the platform would become inundated with the voices of bigots and conspiracy theorists after Musk announced a process would be introduced to reinstate banned accounts.

The billionaire promised advertiser’s that Twitter would not turn into a ‘free-for-all hellscape’. 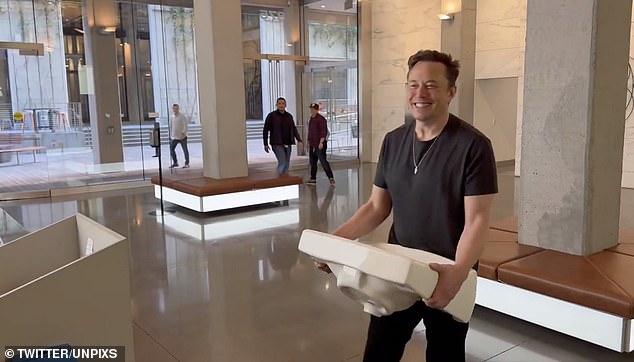 Musk (pictured at Twitter HQ in San Fransisco) acquired Twitter for $US44 billion ($70 billion) last month, taking on billions of dollars in debt and selling $15.5 billion worth of shares in Tesla

OCEAN CITY, Md. – The next time you see the Ocean City boardwalk it may look a little different. The decking is being redone after 10 years in the … END_OF_DOCUMENT_TOKEN_TO_BE_REPLACED

JACKSONVILLE, Fla. — The Jacksonville Zoo and Gardens is mourning the loss of its oldest silverback gorilla.Lash would have turned 46 years old on … END_OF_DOCUMENT_TOKEN_TO_BE_REPLACED