CARRINGTON, N.D. – The board of directors for Carrington Rainbow Gardens sees the project as a way to boost business and honor the past, members said at a public information meeting here earlier this week attended by a small group of residents.

In December, the city of Carrington announced plans to build the Carrington Rainbow Gardens, a community/interpretive center, as well as a Japanese garden on Main Street to serve as a place for events and celebrate the history of the former Rainbow Gardens that once existed in the city.

The estimated cost of the project is $1.3 million, which is primarily expected to be raised through grants and donations. Incorporated under the state of North Dakota and registered as 501(c) (3) nonprofit, the project recently received a $300,000 grant through Strengthen ND. A portion of those funds was used to purchase a vacant lot of about 21,000 square feet on Main Street for the project, said Carrington Mayor Tom Erdmann. The board hopes to have the building project completed in 2024, with the garden completed sometime after that.

Erdmann, who serves on the board of directors for Carrington Rainbow Gardens, said the City Council on Monday held the first reading for an ordinance to establish a 1% city restaurant tax to raise funds that would not only be used for this project but others that would qualify. He estimated Thursday that the restaurant tax from the sales of prepared food or beverages would raise $30,000 annually.

“It isn’t going to be solely dedicated to this (project), it’s all part of tourism for our whole city,” Erdmann said.

Carrington Mayor Tom Erdmann listens to a presentation on the Carrington Rainbow Gardens project on Monday, Jan. 9, at the Chieftain in Carrington. A public information meeting was held to discuss the planned project.

According to the proposed ordinance, the money collected ”shall be utilized for the Carrington Visitor’s Promotion Capital Construction Fund,” which the city will administer with the advice of the Carrington Chamber and Economic Development Corp. or any other local marketing organization as the City Council directs. The ordinance says, “the funds shall be generally used for tourism or the purchase, equipping, improving, construction, maintenance, repairs and acquisition of buildings or property consistent with visitor attraction or promotion.”

The board of directors for Carrington Rainbow Gardens was formed in collaboration with the city of Carrington, Carrington Chamber and Economic Development Corp., Carrington Convention and Visitors Bureau, Carrington Garden Club and Foster County Historical Society. According to historical records and a Forum column by Bob Lind using information from the Associated Press, Hayashi, a Japanese immigrant, came to the United States when he was 16, working in Washington state and Montana before moving to Carrington in 1921. He purchased land on the edge of Carrington, where he opened the Rainbow Gardens, the region’s first motel. He constructed a cafe, a “lush Japanese-style garden” around the motel and a pavilion, which was a popular place for dancing and socializing. After World War II began, Hayashi’s assets were seized and he was the only Japanese person in North Dakota detained and interned at Fort Lincoln.

After Hayashi returned to Carrington, he sold the Rainbow Gardens to Ihringer, who continued to operate the cafe and pavilion although the gardens were eliminated. 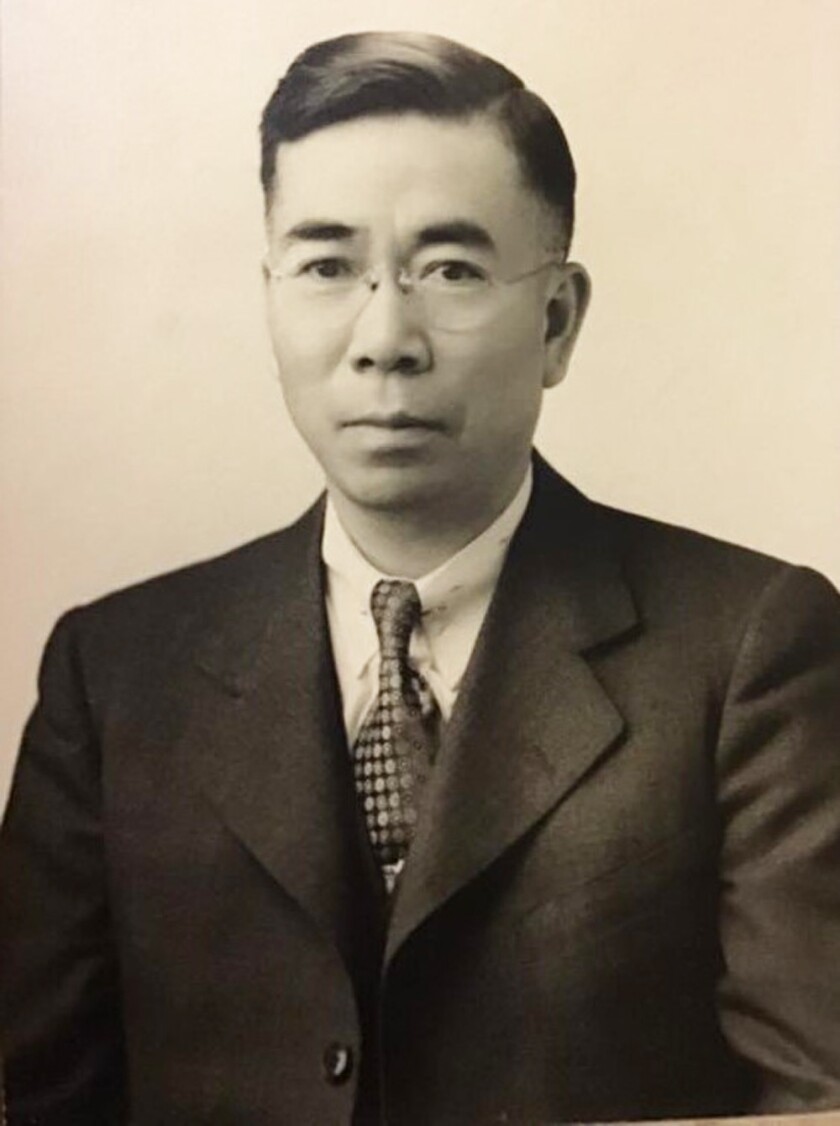 Swanson said the pavilion drew well-known musicians including Louis Armstrong, Duke Ellingson, Roy Orbison, Conway Twitty, The Guess Who and Grass Roots among many others. It was a convenient stop for bands on their way to performances at larger venues in the state, he said.

Swanson said the motto of the new Carrington Rainbow Gardens is “To celebrate the history of the past and to welcome the future.”

A slide presentation given at the meeting reported the goals for the project are to be a major step forward with the city of Carrington’s revitalization plan and a catalyst for future opportunities; enhance downtown businesses with an event center to attract people to the downtown; provide a cultural and entertainment venue for residents and visitors; build an interpretive center to tell the story of Hayashi and the Rainbow Gardens and the big band era under Ihringer; create a Japanse-style garden and provide a green space for people to enjoy.

“A lot of towns our size, you know, the downtowns are struggling, and we need to have something to bring more attention to downtown,” Swanson said, “and hopefully this would be a key part of that.”

An architectural rendering was completed for the project, but Swanson said that will change a bit because the size of the building will increase under revised plans. The building is expected to be about 6,000 square feet, he said. Prairie Designs is the architect for the project, which is owned by Kim Stokes of Horace, North Dakota, a Carrington native, he said. 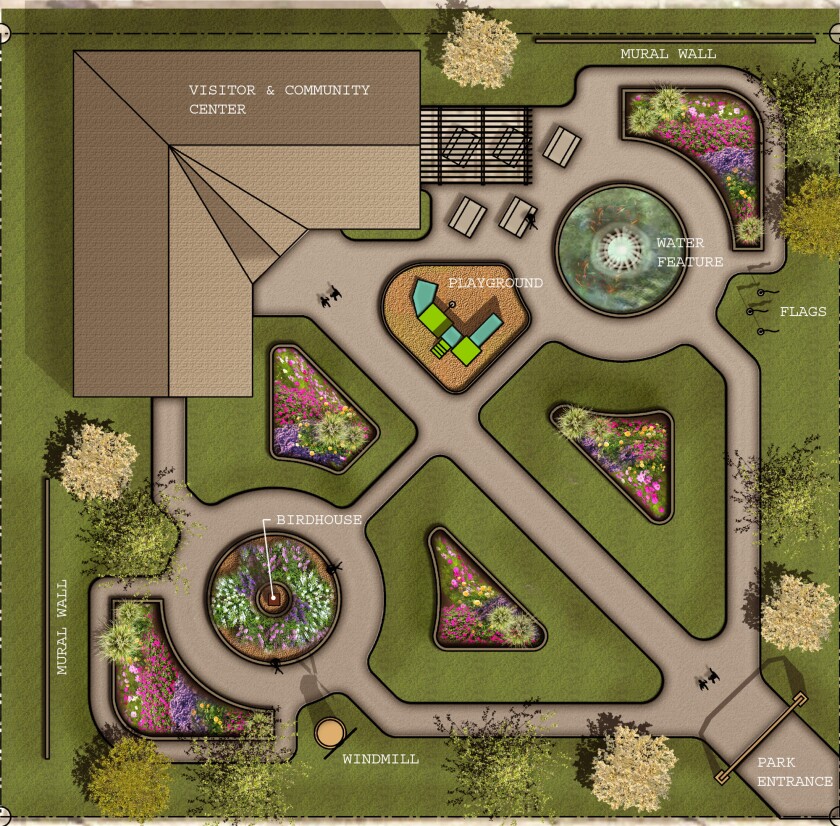 This is the initial rendering of the planned Carrington Rainbow Gardens in Carrington, North Dakota. The board of directors for the project expects the plan to be updated, since the building size has increased slightly, says Dennis Swanson, board president.

The facility is expected to seat up to 150 people in round table seating and about 450 at a standing concert event, Swanson said. It would include a stage, commercial kitchen and two offices, including for the Carrington Chamber & Economic Development Corp. and Carrington Convention & Visitor Bureau.

“We see this facility to be serving as a visitors center, interpretive center and a community center,” Swanson said. “And it can be used for many kinds of celebrations like weddings, educational, cultural events, business meetings and maybe a regional host for trade delegations traveling through the area. That’s nothing new for the Carrington area with our (Carrington) research (Extension) center north of town, we have numerous delegations that come through this area …”

Swanson said the project is not designed to compete with larger meeting venues such as the Foster County Fairgrounds.

Hope Carr, who owns a business on Main Street, asked why the group chose to build a building rather than revitalize an existing building, or use property owned by the city such as a lot where an elevator once was located.

“We considered that,” Swanson said. “But this (site selected) is closer to Main Street and one of the main goals of this project is to enhance Main Street businesses.”

It was also important to have a location that did not have too much space for the garden, said Laurie Dietz, who is executive director of the Carrington Chamber and director of the Economic Development Corp. The board did not want too large of a garden that would be more costly to maintain. 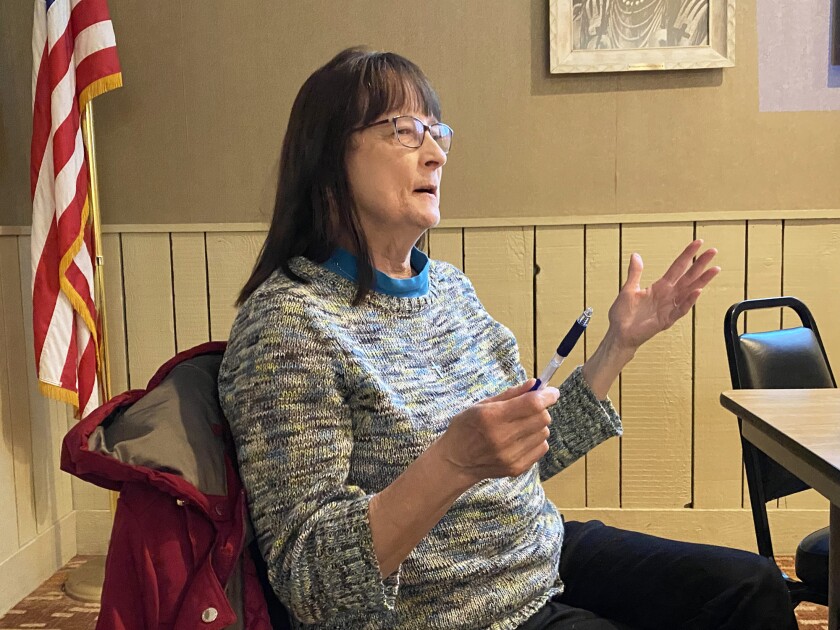 Carr also questioned adding the restaurant tax and having public input on that. Swanson said they were looking for input at the public information meeting. Erdmann said Dietz researched other communities in the state that have used similar ways to fund projects.

The board had copies of a survey form seeking input about the project at the meeting and will seek to distribute it in other ways as well.

PALM BEACH GARDENS — Basketball season is no stranger to the Cinderella storyline, and this winter, the hardwood has set the scene for the tale of … END_OF_DOCUMENT_TOKEN_TO_BE_REPLACED

Duke made 55.7% of its shots from the field and recorded 24 assists, which were season highs both allowed by the Jackets and also attained by Duke. … END_OF_DOCUMENT_TOKEN_TO_BE_REPLACED

VISUAL artist Kate Wise has set herself a new year’s resolution to be in her Ballarat gallery every weekday and to paint on site. The Haddon creative … END_OF_DOCUMENT_TOKEN_TO_BE_REPLACED