With record-breaking temperatures in Ottawa and COVID-19 trends still high, it’s no surprise Ottawa’s patios have been buzzing this weekend.

On Saturday afternoon, temperatures hit 23 C, making it the warmest Nov. 5 on record in the nation’s capital.

Dressed in a t-shirt and shorts, Derek Lucas, decided to take advantage of the good weather with a pint on the Deacon Brodies Pub patio on Elgin Street.

“There’s nothing better than being out on a patio, having a beer and hanging out with friends in, you know, shorts and a T-shirt in November,” he told CBC.

“Right now we are really enjoying this positive energy.”

The weekly average level of coronavirus in Ottawa’s wastewater has been high but stable, and Ottawa’s medical officer of health is urging people to wear masks in indoor and crowded areas.

So for those who wear masks indoors, an extended patio season might be welcoming news, Lucas said.

“It’s great to be outside, where you don’t necessarily need a mask if you don’t want to.”

Simon Arbuthnot enjoys a pint of beer with his puppy Saturday afternoon at the Beyond the Pale Brewing Company. (Rachelle Elsiufi /CBC News )

Perfect weather to ‘just hang out’

Lucas wasn’t the only one thinking about hitting a patio Saturday afternoon. Simon Arbuthnot also decided to push his “winter chores” off until next week and enjoy a beer under the sun.

“I don’t remember November weather like this ever,” he said.

“We thought, the weather [is] so nice. Why don’t we just get out and go and have a walk, sit out on the patio, have a drink and a bite to eat and just hang out?”

While frigid temperatures might still be weeks away, Arbuthnot is already hoping winter patios make a comeback this year.

“Through COVID, we enjoyed coming here and wrapping up and putting on our ski gear and sitting out on the patio,” Arbuthnot said.

“So perhaps we’ll do the same again this year, I don’t know!” 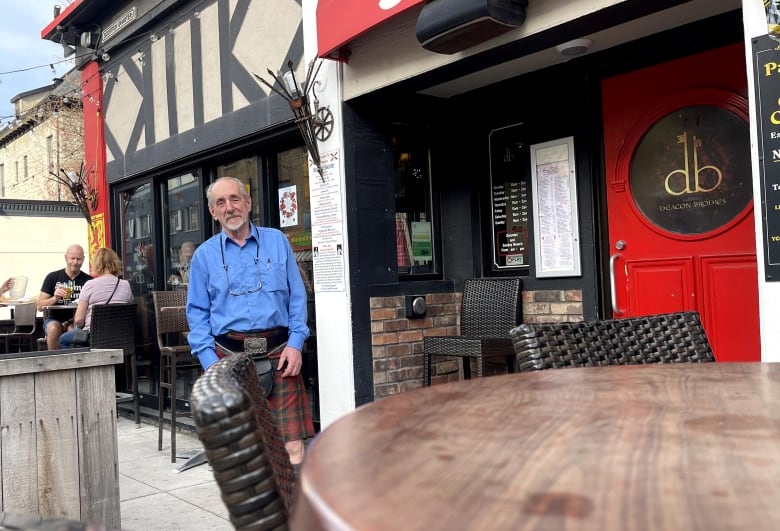 Ken Goodhue, one of the owners of Deacon Brodies, said he can’t remember the last time November has been this warm — and that’s been great for his Elgin Street pub’s bottom line. (Rachelle Elsiufi/ CBC News)

Good for business, too

The warm weather also led the City of Ottawa to extend permits for temporary patios on sidewalks and other right-of-ways until Nov. 13. They were supposed to end on Oct. 31.

“We have to thank Mayor Jim Watson for the efforts he made on our behalf,” said Deacon Brodies co-owner Ken Goodhue.

“Not only did he waive the patio cost on city property, but this rebuilding of Elgin Street has made a huge difference.”

Friday night was busy both inside the pub and on the patio, Goodhue said. He said couldn’t remember the last time a November kicked off with such nice weather. 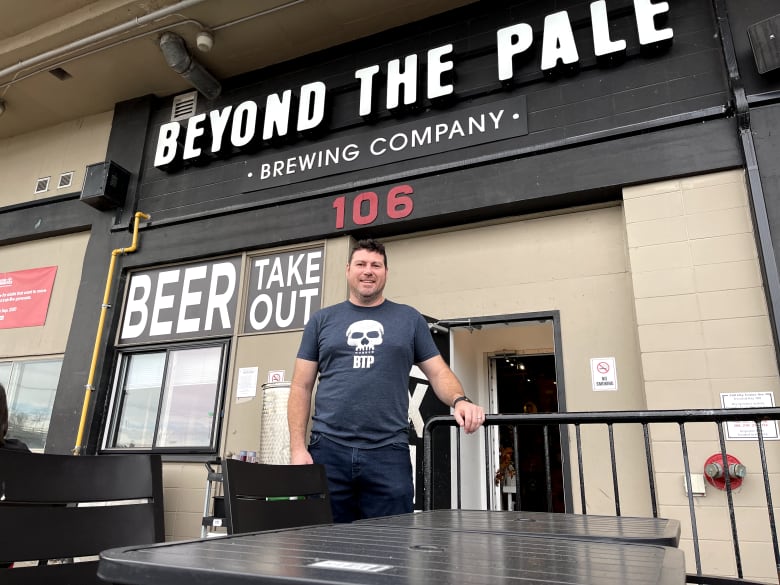 Rob McIsaac of Beyond the Pale Brewing Company also says the weather’s been great for business, with their patio helping them get through recent ceiling repairs. (Rachelle Elsiufi/ CBC News)

Over at Beyond the Pale Brewing Company, co-owner Rob McIsaac said that October and November are typically harder months — and the unseasonable weather has proven good for business.

It’s also helped the brewery keep going during some recent renovations, he added.

“We were doing some soundproofing on the ceiling last week, and so we were only open outside. And the weather co-operated,” McIsaac said.

“So we ended up saving a decent amount of money.”

Summer is here, and this week Gardening Australia celebrates the bounty of summer gardens. The episode is also recognising International Day of People … END_OF_DOCUMENT_TOKEN_TO_BE_REPLACED

The Katara Traditional Dhow Festival, organised by Katara - the Cultural Village and based on the region’s maritime heritage, continues to dazzle as … END_OF_DOCUMENT_TOKEN_TO_BE_REPLACED