A tour of cat patios returned to the Halifax area on Sunday after a two-year absence caused by the pandemic.

The tour gave cat owners the chance to enjoy refreshments and socialize at so-called catios installed at private residences in Fall River, Bedford and Cole Harbour.

Cindy Murphy volunteers with the advocacy group Tuxedo Party of Canada and SpayDay HRM, which helps people with low incomes spay and neuter their cats. She said the event started in 2018.

Murphy said cat groups encourage people to keep their cats indoors for their safety and for the safety of other creatures, like birds. She said catios help provide indoor cats with stimulation and enjoyment.

‘In the rescue community, we see a lot of cats who are lost and injured and we see some terrible stories … because people believe that their cats need to go outside to get fresh air,” Murphy said.

“We want to educate people that your cat can go outside but be kept safe and healthy.”

There are many versions of catios.

Some people close in their back deck with mesh. Apartment dwellers may opt to put in a window box or even screen in their balconies. 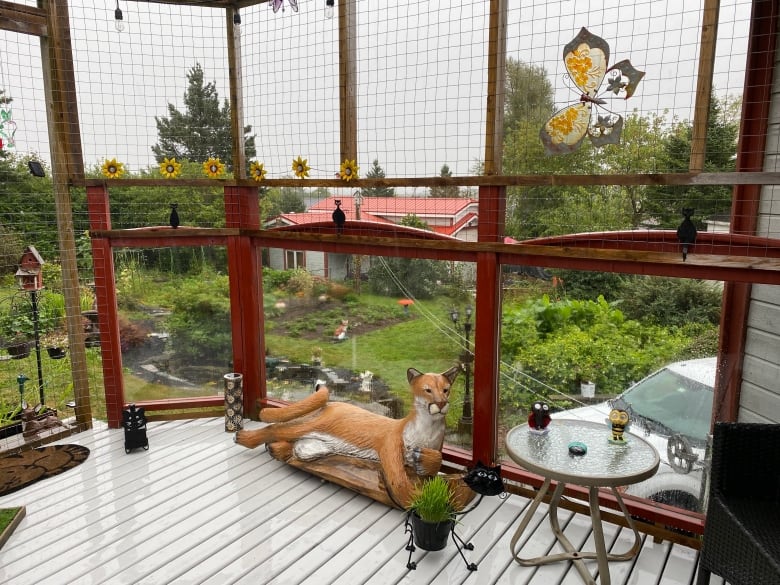 The Purrfect Perch catio in Cole Harbour offers luxury digs for cats to enjoy the outdoors in safety. (Cindy Murphy)

Murphy said some cat owners install catios that are large enough to allow them to spend time with their cat outdoors.

She said one of the catios that was part of a past tour was called alCATraz because it included a tunnel to allow the cat to be closer to the woods and further from the house.

The cost of installing a catio in the Halifax can range from a few hundred dollars for a window box to a couple of thousand for a larger enclosed deck.

Murphy said one of the reasons for the tour is to encourage people to see what sort of enclosure is right for their living situation.

Another important aspect of catio tours, Murphy said, is to provide cat owners the opportunity to socialize just as dog owners socialize at dog parks.

Marta Smith, a retired nurse, opened her home catio in Bedford to visitors on Sunday. 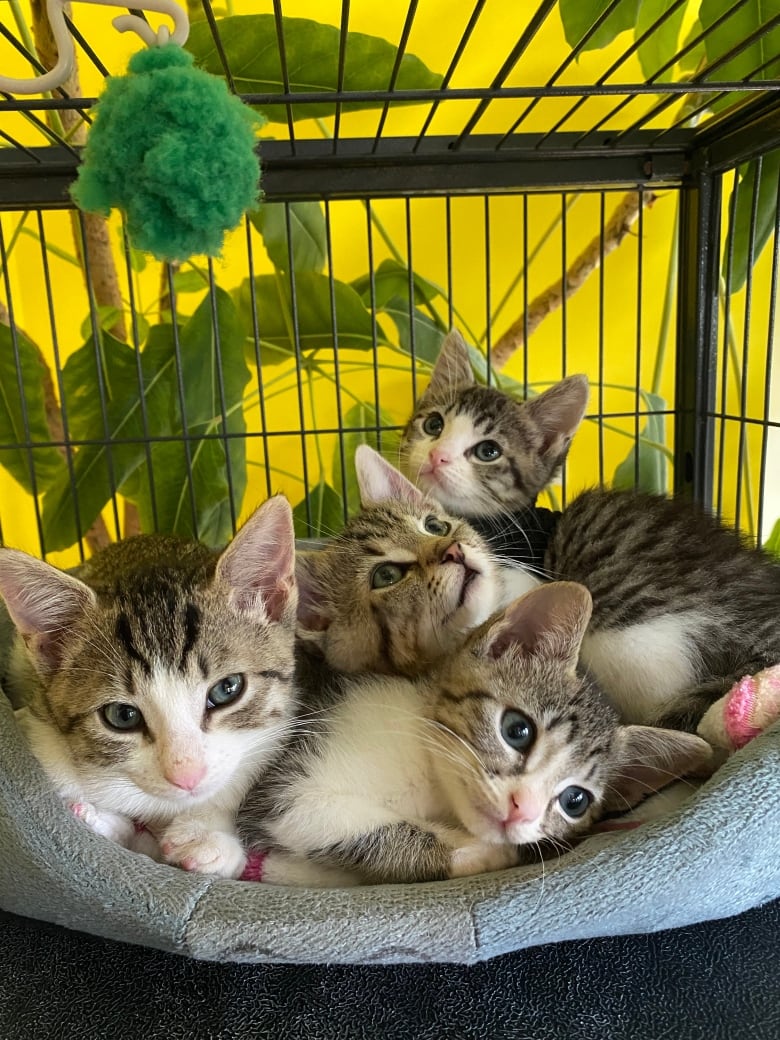 Smith, who owns one cat and fosters four kittens, also volunteers with SpayDay HRM. She said it is too dangerous for cats out in the real world.

Smith said she belongs to a Facebook group that had posts on Saturday looking for the owners of four cats found dead in HRM. She said cats just need access to fresh air to be happy and a catio provides that.

Jeff Floyd is a private green industry consultant. He can be reached at [email protected] By Jeff Floyd Certified horticulturist and arborist The … END_OF_DOCUMENT_TOKEN_TO_BE_REPLACED

Marjorie and I spent the first two weeks of September on a road trip, touring some of our favorite gardens and historic sites. It was a vacation of … END_OF_DOCUMENT_TOKEN_TO_BE_REPLACED