The project, one of the most requested by local residents, has a budget of 1.6 million euros and a build time of 17 months 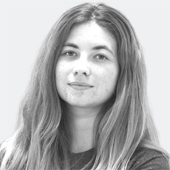 Sierra de Yeguas (Antequera) has moved one step closer to making the new covered sports pavilion, one of the infrastructures most demanded by residents, a reality.

The town hall has put the project out to tender and any interested company may submit a proposal before Thursday 29 September.

The town’s mayor, José María González said that the work, which has an execution period of 17 months, is expected to start before the end of the year.

“We are very happy that this action can now be carried out so that the residents of Sierra de Yeguas see the commitment that we made in the 2019 municipal elections become a reality. This action is a municipal investment and will be a sporting benefit for our town,” González said.

Blue skies, sunny weather, and an amazing food scene draw tons of visitors to Southern California. Whether you live in California or are just … END_OF_DOCUMENT_TOKEN_TO_BE_REPLACED

Observant passers-by may have noticed that there has been a little bit of change to the gazebo, or outdoor shelter, outside the Keyano Centre. It is … END_OF_DOCUMENT_TOKEN_TO_BE_REPLACED