Plans for the pavilion in Baton Rouge – the capital city of Louisiana – show a square building with roofs that slope inward towards an expansive courtyard.

The Burden Center will serve as a welcome centre for various biology-oriented spaces on the campus including the Botanic Gardens, Rural Life Museum, and the Louisiana State University (LSU) AgCenter.

Renderings show a continuous roof that covers a walkway and connects a collection of enclosed structures surrounding a sunken courtyard. 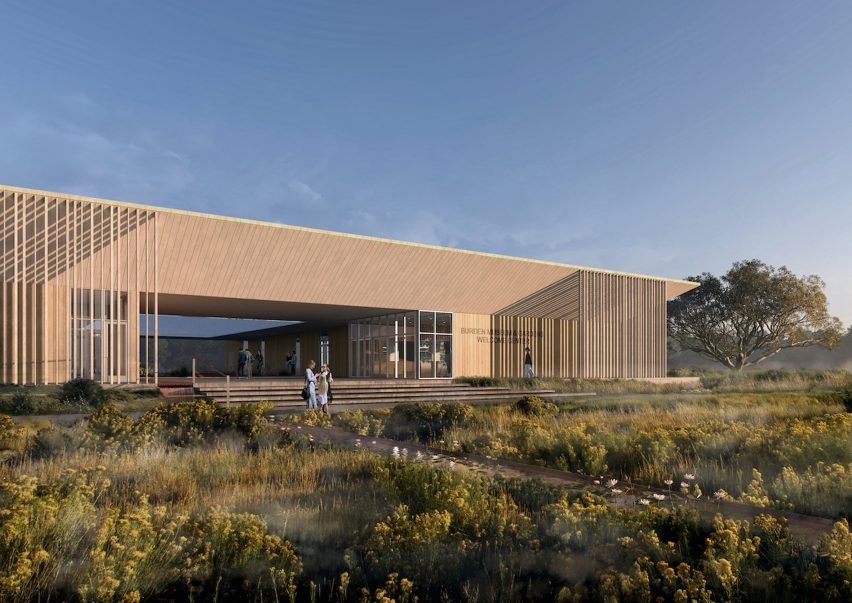 The structure will have buildings connected by a sloping roof

Sloped at the rear and front of the structure, the roof will level out on the sides, mirroring the decrease in elevation at the centre of the project.

The structures will be clad in light-coloured wood and have expansive glass walls facing the courtyard.

Totalling 28,625 square feet (2659 metres), the Burden Center will have a stepped entry that leads to a patio space. Wooden louvres will reach from the roof edge and connect to the ground, creating a screen between the facade and the exterior. 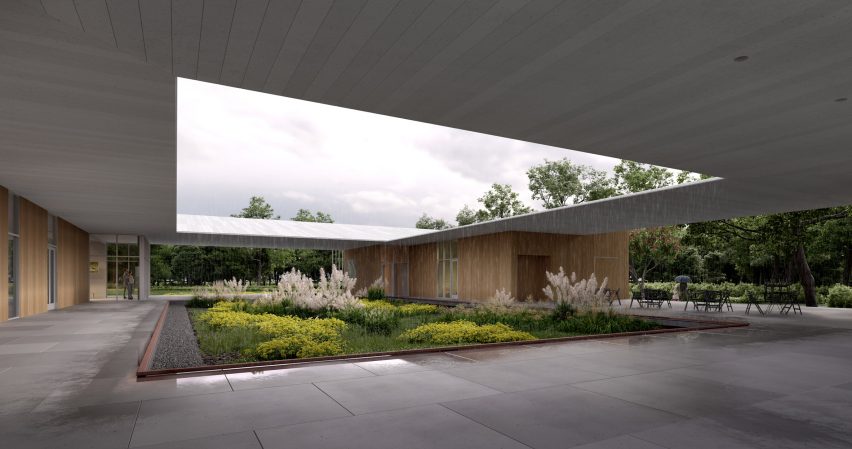 The structure will have a sunken courtyard in the center

Located between forest, wetlands, pastures and a garden, the structure was designed to open up to its surroundings.

“In honoring this conception of the center as a contemplative retreat to nature, the design team looked to create a liminal space that would provoke curiosity and excitement for the surrounding scenery while simultaneously providing a legible point of arrival and orientation,” said Eskew Dumez Ripple.

“As such, the design of the center will unfold from the landscape – a welcome center not so much sitting on the land but embedded in it.” 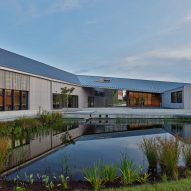 According to the studio, the structure will also have an accessible green roof.

Inside, the building will hold an events space, exhibition spaces and offices for the staff of the botanical gardens. A small cafe will also be included in the program and the spaces will take advantage of the extensive covered areas created between the enclosed structures. 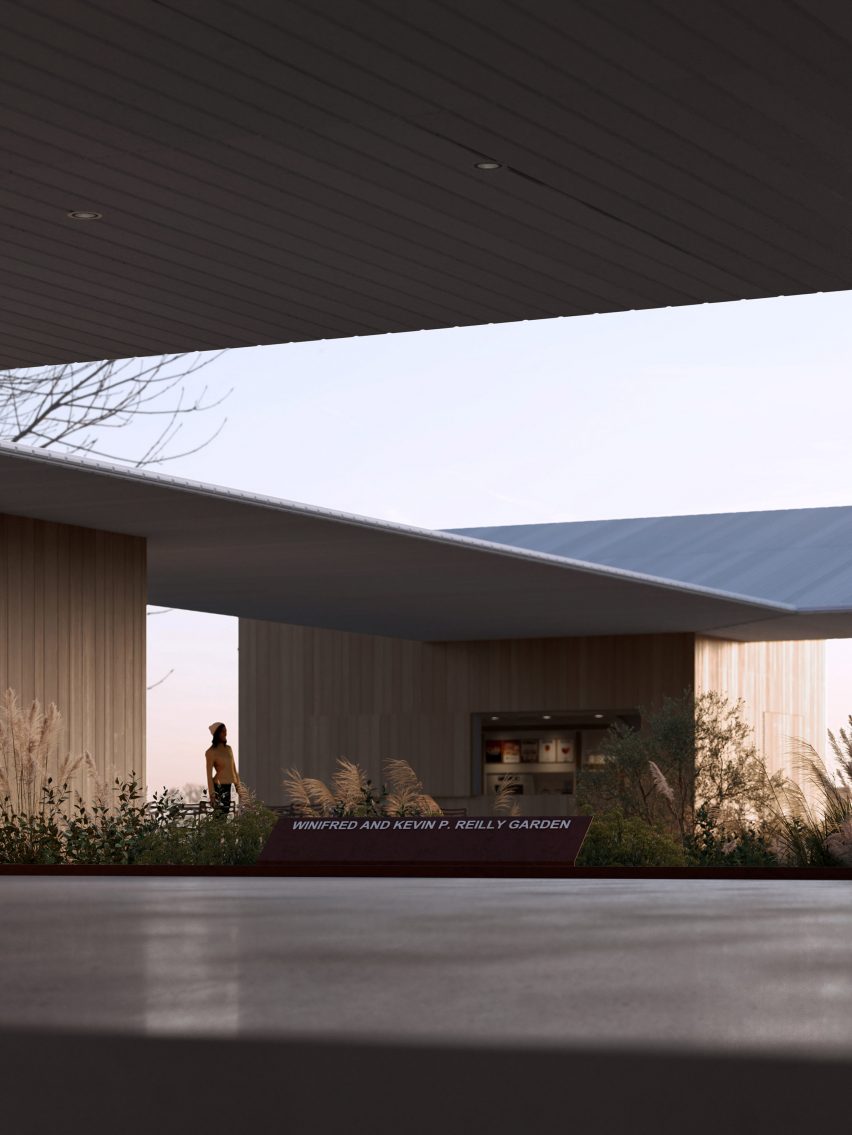 The roof will create a covered patio between the enclosed spaces

Eskew Dumez Ripple was founded in Louisiana in 1989. The studio recently designed master plan for the Thaden School in Arkansas, which teaches students about sustainability in structures based on vernacular architecture.

Other projects in Baton Rouge include international architecture studio Perkins+Will’s Water Center, which sits on pylons that hold it above the water, making it fully functional during the floods common in the area.

Executive director of the Downtown Victoria Business Association says he wants to see a fee structure that is fair and reasonable, and design … END_OF_DOCUMENT_TOKEN_TO_BE_REPLACED

Funding is currently available through the state of California for small landscaping businesses to purchase new zero-emission landscaping equipment. … END_OF_DOCUMENT_TOKEN_TO_BE_REPLACED

When Michelle Provaznik was younger, working a job in gardens, or even the realm of gardening, wasn’t really on her mind. It wasn’t something she’d … END_OF_DOCUMENT_TOKEN_TO_BE_REPLACED