A WOMAN can’t get into her own garden after the council put a metal fence around it.

Pamela Griffin lives in a bungalow in Greater Manchester and has been left feeling confined to her home for two years.

67-year-old Pamela Griffin is unable to enjoy her garden space because of a green metal railing blocking her from accessing itCredit: MEN Media 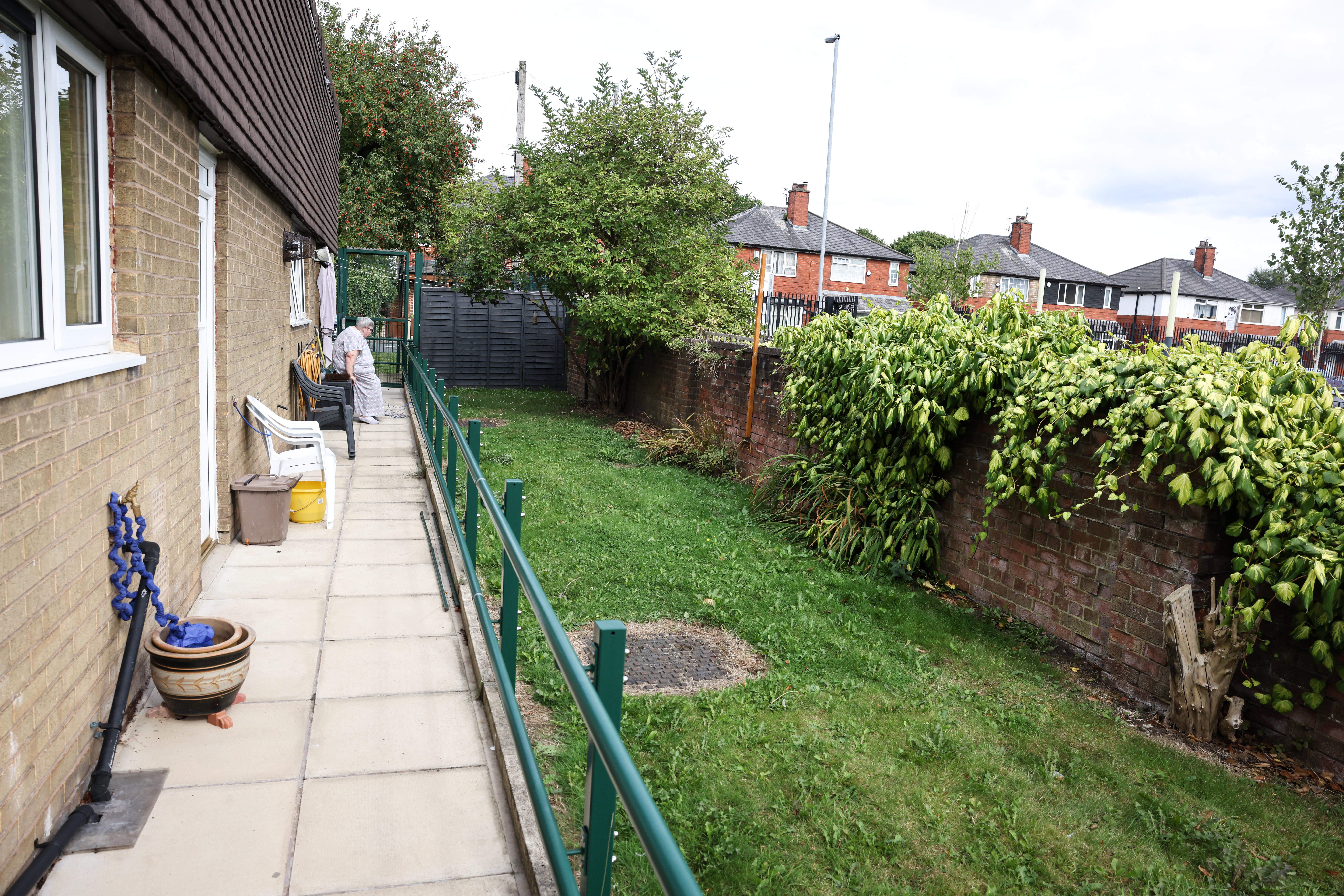 The grassy area can only be accessed by climbing over the fenceCredit: MEN Media 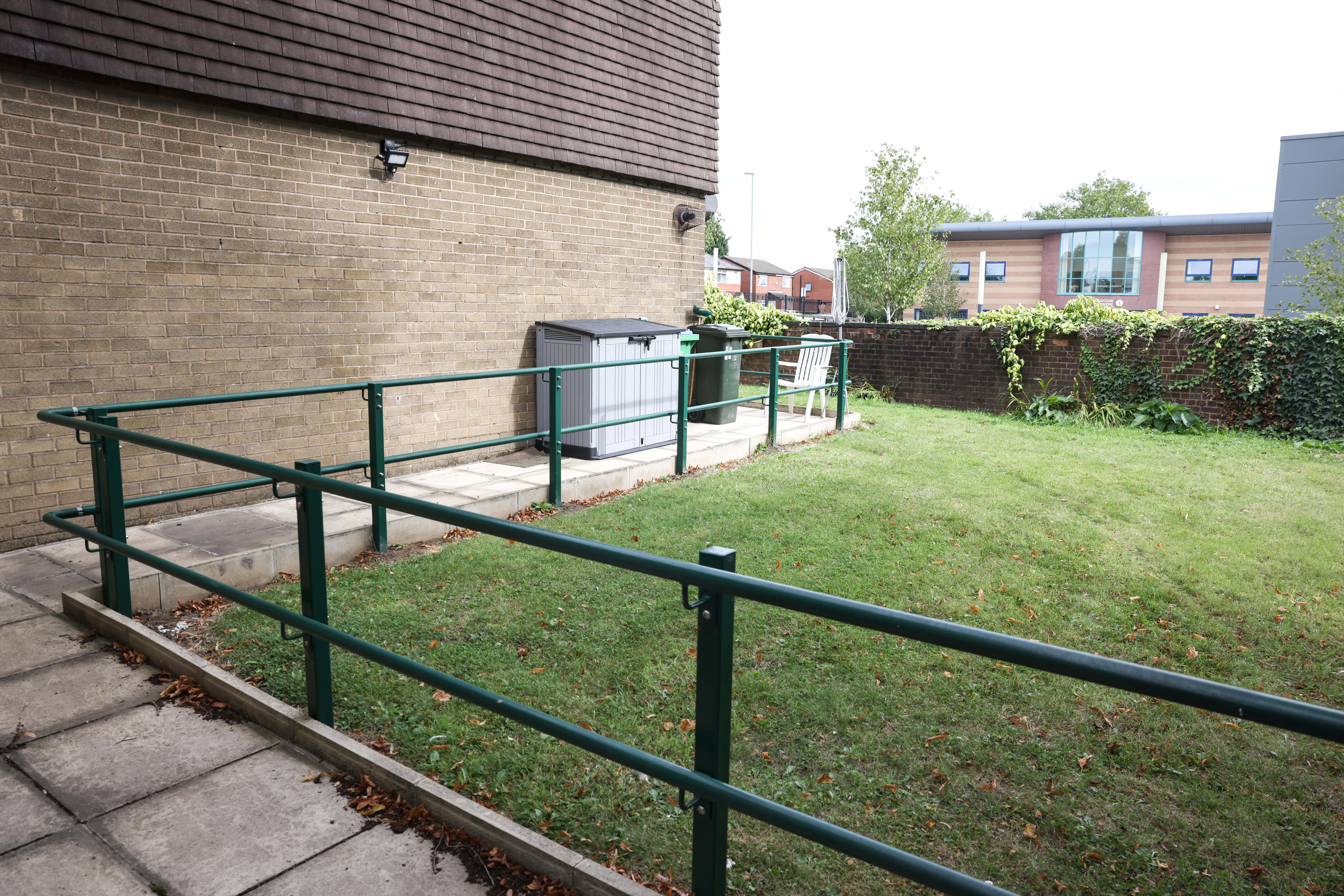 The rails were installed a decade ago and stretch across the whole gardenCredit: MEN Media

The 67-year-old says she has been unable to enjoy the large grassy area ever since moving into the property on Stuart Street.

The pensioner and one of her neighbours, who is 70-years-old, have even resorted to trying to climb over the green metal railings to access the space.

Ms Griffin said the increase in energy bills means she can’t afford to use her tumble dryer – but has no other option as her mobility issues leave her struggling to get to the washing line.

Ms Griffin, who suffers from Parkinson’s disease, back problems and diabetes, told the Manchester Evening News: “You can’t get onto the grass at all outside the house.

“Now all these bills are going through the roof we can’t afford to use the tumble dryer so want to hang out our washing outside.

“The handrail goes from the start of the house all the way around the three bungalows so there is no way we can get on to the grass.

“We have to try and climb under or over it, which is very difficult to do. One of my neighbours is 70, so she can’t do that either.”

The block of bungalows is managed by Rochdale Borough Housing (RBH) who say the rails were installed a decade ago.

The Sun understands the metal railings only appeared once the housing association had taken over responsibility for the homes.

Ms Griffin said she has tried speaking to Rochdale Borough Council (RBC) and RBH but hasn’t been able to get through to the right person.

“I have tried to get in touch with the council and RBH and it doesn’t ever seem like anyone knows who I need to speak to,” she added.

“The weather has been absolutely gorgeous these past few months and there is no way we can get outside to enjoy it.”

Ms Griffin has requested for a small part of the railing to be removed so she can get access the area easily.

She said: “All we asked for was a gap to be taken out so that we can get onto the grass or just sit out. I didn’t ask for it to be put there and all I want to be able to do is sit outside my own home.

“This has been going on since I moved in two years ago and I am fed up with it now. The weather has been gorgeous recently and we can’t even go out.”

The housing association told The Sun they are looking into who installed the railings to begin with so they can help current residents.

RBH have said their plan is to consult with residents to find a solution but stressed adjusting the railings could create concerns for some living there who have visual impairments.

A spokesman for RBH said: “The railings at Stuart Street were installed around a decade ago as a safety measure for older residents.

“Adjusting the railings whilst maintaining safety for current and future residents, particularly those with visual impairments, would lead to concerns about safety of those living at the scheme.

“We are looking into whether alternative access to the grassed area can be made available and will talk to residents about the best solution.”

Rochdale Borough Council has been contacted for a comment.

Many longtime gardeners will tell you that the garden is their happy place. New research suggests that many people may indeed reap mental health … END_OF_DOCUMENT_TOKEN_TO_BE_REPLACED

Many goldenrod varieites are tall, but Golden Fleece is a small-statured variety. It produces tiny, bright yellow flowers in clusters on arching … END_OF_DOCUMENT_TOKEN_TO_BE_REPLACED