ST. GEORGE — The U.S. Board of Geographic Names voted unanimously (19-0) earlier this month in favor of the formal request submitted by the National Park Service on behalf of the Havasupai Tribe to change the name of Indian Garden (FID #6209) to Havasupai Gardens.

Earlier this year, the Havasupai Tribe passed Resolution 29-21 which provided a formal request to the National Park Service to change the name, according to a joint press release issued by Havasupai Tribal Council and Grand Canyon National Park. Havasupai Gardens is along the Bright Angel Trail and is a frequent stop for day hikers and backpackers exploring the backcountry of the Grand Canyon.

Originally called Ha’a Gyoh, the National Park Service instituted policies that forced the Havasupai people from Ha’a Gyoh and in 1928, the last Havasupai resident, Captain Burro, was forcibly removed. Havasupai people continued to live and work within Grand Canyon National Park, despite the forced removal from the inner canyon.

“The eviction of Havasupai residents from Ha’a Gyoh coupled with the offensive name, Indian Garden, has had detrimental and lasting impacts on the Havasupai families that lived there and their descendants,” chairman Thomas Siyuja, Sr. said in the news release. “Every year, approximately 100,000 people visit the area while hiking the Bright Angel Trail, largely unaware of this history. The renaming of this sacred place to Havasupai Gardens will finally right that wrong.”

Park superintendent Ed Keable said in the release the Grand Canyon National Park team was proud to work alongside the Havasupai Tribal Council in a joint effort to rename this culturally significant location at the Grand Canyon. 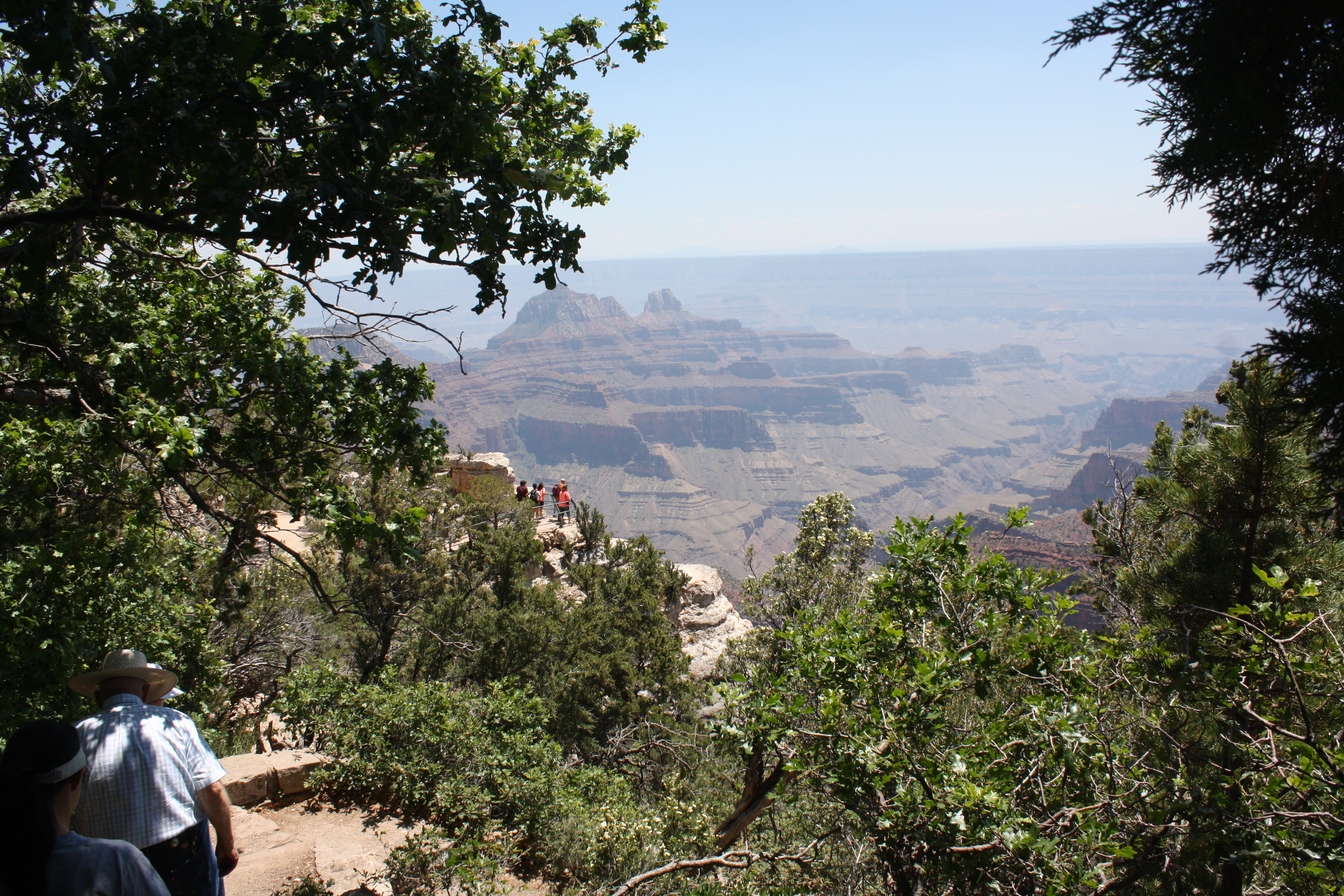 The Bright Angel Point trail, even near the Grand Canyon Lodge, provides a sweeping view of one of the seven wonders of the world, Grand Canyon National Park, Arizona, July 3, 2017 | Photo by Reuben Wadsworth, St. George News

“The Havasupai people have actively occupied this area since time immemorial, before the land’s designation as a National Park and until the park forcibly removed them in 1926,” Keable said. “This renaming is long overdue. It is a measure of respect for the undue hardship imposed by the park on the Havasupai people.”

“Park employees kept noticing a Native man walking up and down the canyon walls to Indian Garden, and they began to call him Billy Burro.

Ophelia Watahomigie-Corliss, a member of the Havasupai Tribe and former council member, said park employees kept noticing a Native American man walking up and down the canyon walls to what was then Indian Garden and they began to call him Billy Burro.

“After all, he could hike up and down those walls just like a mule,” she said. “This man and his family were pushed out of Indian Garden, forced to leave the land they had farmed for generations so the national park could make it theirs. Billy Burro’s daily trail was turned into what is most of Bright Angel Trail today.”

Siyuja said, for the people of the Havasupai Tribe, the vast Grand Canyon and the plateau lands south have been called their homeland. 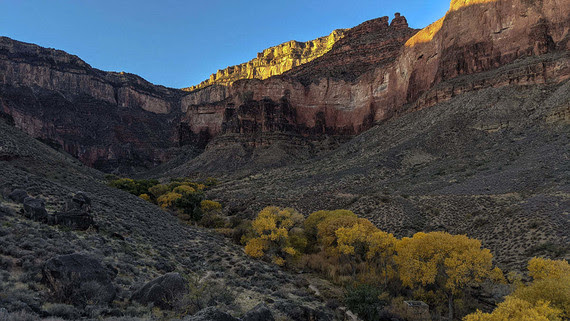 “The Creator made the Havasupai People the guardians of the Grand Canyon, and this is a role that we take very seriously,” he said. “We are a small tribe. But our voices and our spirits are large.”

The Burro family changed their name to Tilousi, which means “storyteller.” And for generations, the Burro-Tilousi family have fought to protect the history and culture of the Havasupai people.

Carletta Tilousi, a member of the Havasupai Tribe and former council member, said as a descendent of the Burro-Tilousi family she’s glad to see that they will always remember and honor the true history of her family’s forced relocation due to the development of the Grand Canyon National Park.

“For that reason, honoring our ancestors and remembering our history is also very important to the Havasupai people,” she added. “I hope this historic action will help other Tribes take similar steps and reclaim lands back by changing place names for historic and cultural preservation purposes.”

Efforts are already underway to update signage, website and other materials with the new name. The Havasupai Tribe and park service are currently planning a rededication ceremony in early spring 2023.

CHICAGO – January 27, 2023 – The Institute of Food Technologists (IFT), a nonprofit scientific organization committed to advancing the science of food … END_OF_DOCUMENT_TOKEN_TO_BE_REPLACED

Airways Brewing’s The Bistro & Beer Garden in downtown Kent plans to expand its patio this spring in time for a June opening. “After much fanfare and … END_OF_DOCUMENT_TOKEN_TO_BE_REPLACED

Today’s column continues our exploration of ways to achieve happiness through gardening. Our previous column focused on hands-on gardening … END_OF_DOCUMENT_TOKEN_TO_BE_REPLACED