Looking back can help us to look forward. For gardeners, 2022 was a mixture of heaven and hell that may seem better left to rest in peace. Will it be the new normal? Here are some of my lessons from it. They incline me to balance this year’s bets.

Do you even remember the torrential rain in 2022’s late winter and early spring? It was a wretched time to be a crocus in a British garden, but the few days of sunshine in late January endorsed the excellence of good old Crocus tommasinianus. It is the crocus with flowers of pale lilac, held like narrow pencils when they first appear.

Its small corms have the merit of being unattractive to squirrels, badgers and mice and of spreading quite quickly by seed if their dying stems are left unmown until mid-May. Its colour is not the most striking in the crocus family, but the more it persists in my zoo of a garden the more I come to admire it.

Last year was my first year of growing a fine blue squill, Scilla bifolia. It has stamina, I realised, when I noticed it growing in rough grass by a road near Blenheim Park, from which it had evidently escaped. I cannot think how I have missed out on it for so long. It is another spring bulb that persists and spreads by seed. If it reappears this March I will mark it for increase from now on, as it is unbothered by rain and is a balance for crocuses whose flowers collapse in a year of prolonged wet.

From early March onwards, gardens were graced by mild sunny weather and one of the loveliest spring seasons of flower ever. Camellias were magnificent, reminding Londoners why they have to find room for them.

Yet again magnolias were early, prolific and wondrously beautiful. My thanks to all of you who sent fine photos of them, whether the big historic specimens at Borde Hill in Sussex or younger ones flowering in your own gardens. The recent mild springs have validated an old lesson: plant a magnolia as a priority when beginning to make a new garden. Long-term bets should be planted first.

By mid-April London was looking positively Mediterranean with climbing roses already in flower. Peonies, too, were flowering weeks in advance of the usual schedule. Irises and lilacs were superb. One frequent question is whether this early flowering matters and whether there will be anything left to enjoy later on. Somehow, it never leaves us without flowers in late summer: seasons come back into line and most of the roses have a second flowering anyway. So I do not worry about it.

My high point in May was a visit to Branklyn Garden, in Perth, to mark the final year of the expert Jim Jermyn’s role as its property manager for the National Trust for Scotland. Blue Himalayan poppies, rare paraquilegias, the loveliest pulsatillas: they were all there and more, plants of my dreams from the years of my rock gardening youth.

Plants were browning and flopping between my breakfast and tea. I could not bear to watch

Go to see the garden this year while the legacy of Jermyn and his team is still strong. I came home chastened and set about weeding every inch of my own alpines, trying to live up to Branklyn’s standards. Visiting can be an inspiration: it much improved my beds of mountain plants.

In early June, bush roses were marvellous, the third year in succession in which I have been swept away by their profusion. The lesson here is simple: plant roses, too, as a priority when laying out a new garden. They do not have to be in segregated rose beds. They will mix and match in borders or stand alone if you choose one of the bigger shrub varieties.

In beds, meanwhile, I missed a vertical element, the upright factor that is essential for a thoughtful garden design. My foxgloves have dwindled in recent years, so I have resolved to multiply them this year, especially the white ones, which show up so beautifully in the half light in early June.

On June 25, I fled towards Cambridge to escape that triennial night of danger for my Oxford college garden, its commemoration ball. I remember scanning the weather reports anxiously to learn if it was raining and the guests might have turned the lawns to mud. They did not, but I never imagined that for the next 10 weeks it would barely rain. 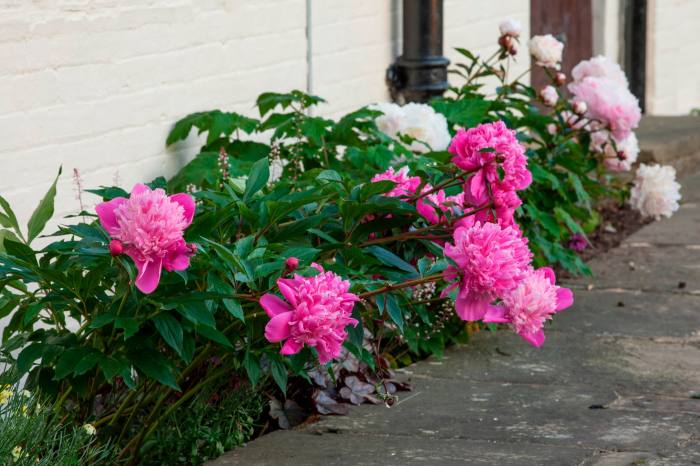 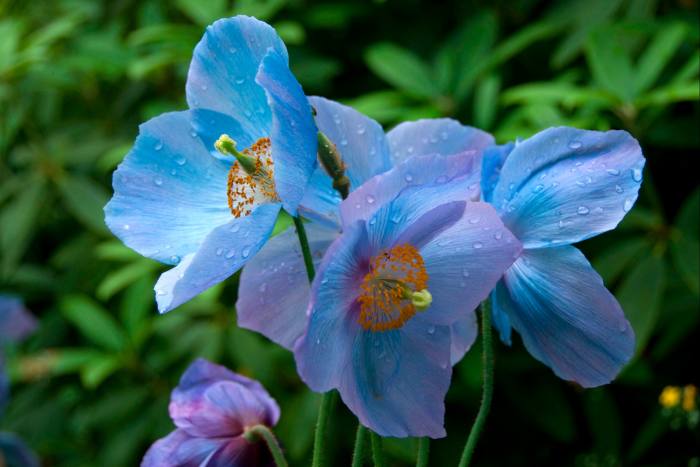 Temperatures hit extreme heights, the lawns turned brown and dahlias made no progress. Most of my vegetables failed, except for courgettes, winners in that driest of years, 1976. I became weary of sliced courgettes in batter, even as prescribed in one of my cooking bibles, the River Café Cook Book Easy, whose recipe for them is first class.

Is this vile summer the new pattern? At the micro-level of Britain, who knows what climate change will impose? A second wave of brutal heat, nearly 40C, then hit on August 12. For the first time ever I wondered why I garden so keenly: plants were browning and flopping between my breakfast and tea. I could not bear to watch.

Bets on the future need to be balanced. Choose more plants with silver or grey leaves, which help plants to retain water, and back them up with plants with tap roots that go far below the soil’s surface. Verbascums, oriental poppies and the excellent Campanula lactiflora are mainstays here.

I will also major on salvias, most of which revel in hot days, even in pots on a sun-beaten terrace. They were 2022’s winners, whereas lobelias and fuchsias hated its weather as much as I did.

Battered, I feared a 1976 of a dry September too. It was not to be: heavy downpours ended the long drought. They gave gardens new energy, leading to as pretty a September, October and early November as I can recall. 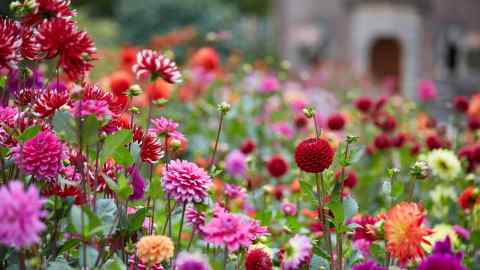 Lawns sprang back to green life, a lesson to novices who think they can only save them by watering in summer. Dahlias attained a late splendour. Apples fruited heavily. All the winners of autumn, the blue monkshoods, the repeat-flowering roses and the many types of daisy, were especially fine. Is there a pattern here? I continue to balance this bet too, planning for the new November mildness.

Or so it seemed. Then came December’s week of brutal cold, falling to -10C in my garden and making the late flowers on viburnums look a bedraggled mess. It was a timely reminder that British gardening is not entering a new era in which minimally hardy banana plants and other exotica will change the face of winter. One short sharp shock still wipes them out. While I rebalance my late autumn bets I will not expect succulent agaves and most of the ginger plants, or hedychiums, to be reliable mainstays.

What a roller-coaster ride we have had: never give up, never bank on stability. Balance your choices against the worst and best in each direction. These lessons are ones that informed investors will recognise: too few of us live up to them in advance.

MAHONING COUNTYMaster Gardener volunteer training. Beginning Feb. 7, this 12-week course covers everything from fruit to perennials and soils to … END_OF_DOCUMENT_TOKEN_TO_BE_REPLACED

BUY TICKETS Prefer a hi-fi sort of Sunday session to basic beers at the pub? Well, you're in luck because Poodle Bar & Bistro is here to elevate … END_OF_DOCUMENT_TOKEN_TO_BE_REPLACED