SAVANNAH, Ga. (WSAV) – Although the Consumer Price Index (CPI) for grocery shoppers in the South edged down 0.3 percent in December, meats, poultry, fish and eggs continue to be a pinch in the pockets of some shoppers while leaving others to value the money saving traditions they grew up with.

“People are definitely getting back to their roots again and they are definitely growing some vegetables, at least a tomato bush or some peppers or some lettuce or something to save money at the grocery store,” said Jamie Cribbs, owner of Economy Feed and Seed. “Feed stores are for people who prep for this sort of thing that’s happening now.”

Columbus Jernigan, a retired union construction worker, and his wife Shirley, a retired school bus driver are certainly those types of people.

Columbus was born and raised in Ellabell.

Today, they live on over an acre of land and own 17 goats, chickens, ducks, and a garden, all for food.

“Raising chickens and goats, we’ve been doing it about all of my life and it’s much easier for you to live.  My family used to raise hogs, but me and hogs don’t get along.  I prefer the goats because you don’t have to worry about goats hardly getting out,” said Columbus. “I think it saves a big heap. Meat is very high, and eggs have gone up so high to you can’t hardly buy them.”

On how much money they are saving at the grocery store, Shirley said, “We save at least about 50 or $60 dollars per trip.”

Currently, the Jernigan’s garden harvest that’s ready for picking includes greens, cabbage and broccoli. Although they do go to the grocery store from time to time to buy produce, they have enough meat, eggs and vegetables on their land to be completely self-sufficient. 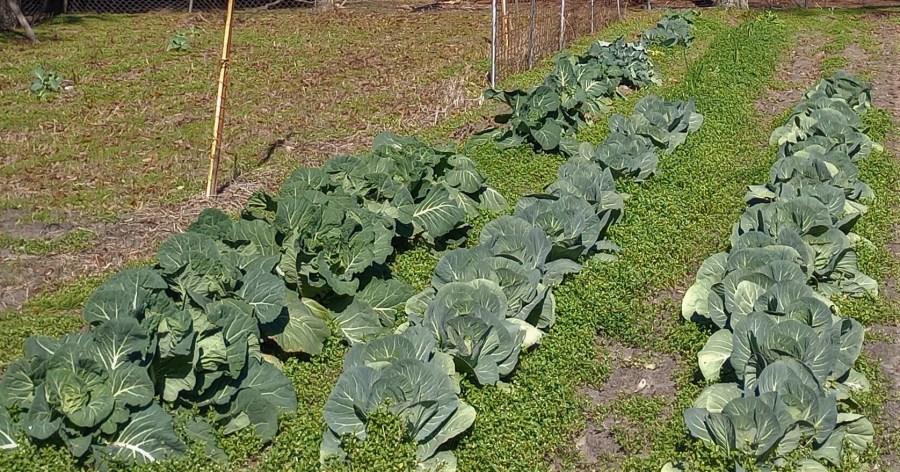 “That’s very, very important.  You can always live according to your garden.  You plant greens, corn, peas, beans, a little bit of anything, and it blesses you,” said Columbus.

To those who are struggling to put food on the table, Shirley suggests growing and raising your own.

“It will save them a lot of money, gardening and, you know, raising animals.  Also, you can sell them and get money out of them, too.  Some people come by and want to buy a goat or buy some chickens.  You would really be making money and saving money, so it’s a good idea if they start doing that while they are young.  It will help them to learn how to save money.”

For those who may consider this type of lifestyle, and perhaps starting with eggs, Cribbs offers some advice.

“Chickens don’t require a lot.  It’s according to how you keep them too.  Now, if you let them free range in your backyard, walk around and eat bugs and plants and things like that throughout the day, let them forage their own food, you really don’t have to give them a lot.” 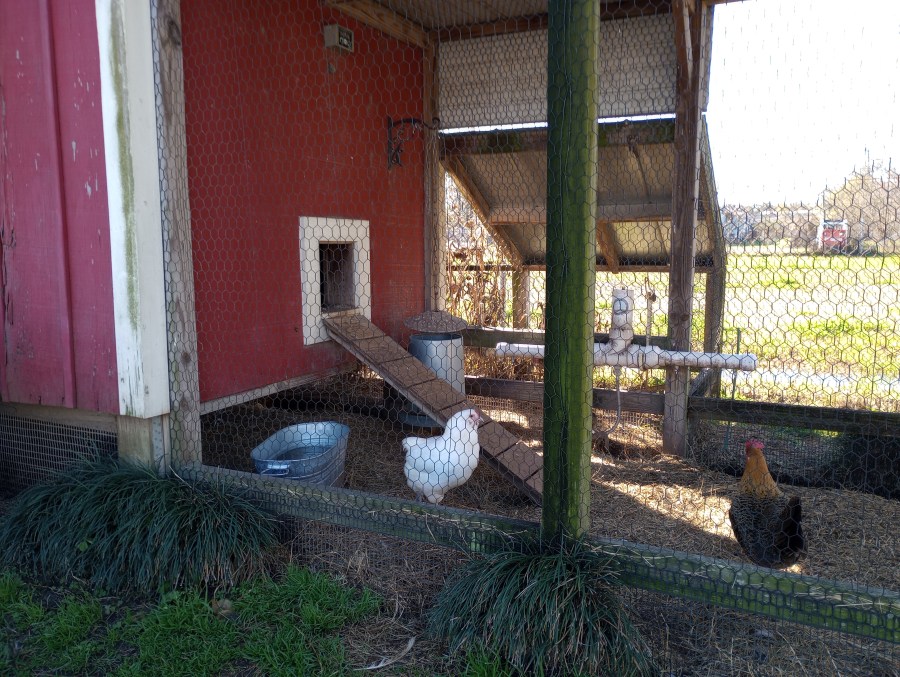 Economy Feed and Seed has chickens and roosters. (Photo taken by Hollie Lewis)

Cribbs said it’s important to make sure that they have access to fresh water, a fortified, nutritious feed for them to make sure all of their nutritional needs are met, or they can feed them scraps from the table such as grits, rice, pasta and certain fruits.

However, hens should never be fed food scraps that contain anything high in fat or salt, nor food that is rancid or spoiled. Specific types of food that hens should not be fed include raw potato, avocado, chocolate, onion, garlic, citrus fruits, uncooked rice or uncooked beans.

Two to three healthy chickens will lay about two dozen eggs per week, which could save over $150.00 per month.

The investment? About $6.75 per baby chick — and thousands of people have taken advantage of this every year, according to Cribbs.

Those interested in giving it a try should first read the Savannah Code of Ordinances in order to be in compliance.

Next, consider purchasing chickens from a reputable seller.

On Jan. 31, Economy Feed and seed will be selling Amberlinks, Cinnamon Queens, Light Brahmas and Americanas.

“Those are the chickens that we will be selling next, and those will be about four days old when they come, so we’re going to do baby chicks this time,” Cribbs said. “I’ve ordered 200 of them. It will take about probably less than a week to sell those 200 birds.”

For those who are considering raising goats for food, Columbus has some advice.

“It’s easy.  The biggest thing about goats is to shut them in and keep them away from dogs. Dogs, they attack the goats and kill them quick.   If you can keep the dogs from them, you can do good with them.”

For those concerned about getting attached to the goats, he said, “It’s hard.  Some of them I have to bottle feed them and it’s kind of hard to get rid of them, so if somebody wants them, I will swap with them.”

More than 30 restaurants in Niagara-on-the-Lake have temporary patios thanks to emergency legislation that was passed during the pandemic. The NOTL … END_OF_DOCUMENT_TOKEN_TO_BE_REPLACED

This will be done differently than our prior scion wood / grafting events and different from any other Orange County Chapter in the past. The event … END_OF_DOCUMENT_TOKEN_TO_BE_REPLACED

MAHONING COUNTYMaster Gardener volunteer training. Beginning Feb. 7, this 12-week course covers everything from fruit to perennials and soils to … END_OF_DOCUMENT_TOKEN_TO_BE_REPLACED