The impressive architecture and style of the Morocco Pavilion at EPCOT is captured in a pair of new Sketchbook ornaments now available at Walt Disney World.

The front of the ornament shows Mickey and Minnie Mouse, dressed in olive green explorers’ outfits, taking a picture in front of Restaurant Marrakesh. 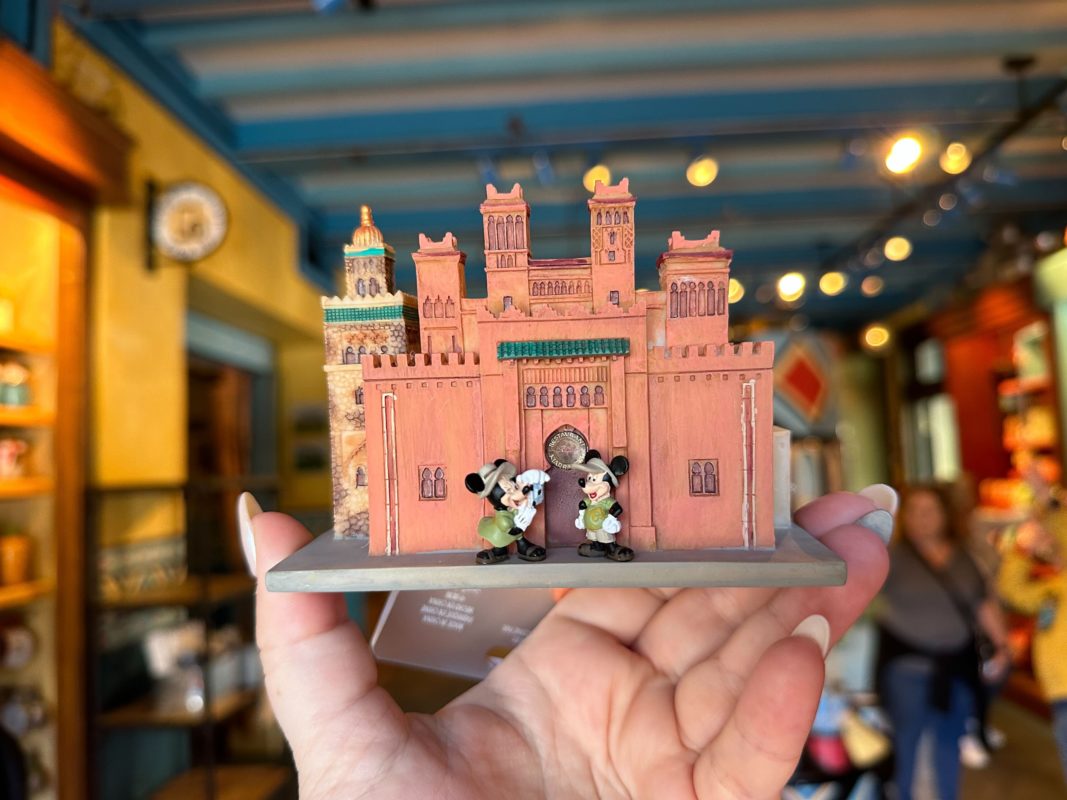 Ironically, Restaurant Marrakesh remains indefinitely closed, though it has reopened as a seating area and a lounge during the 2022 EPCOT International Food & Wine Festival. 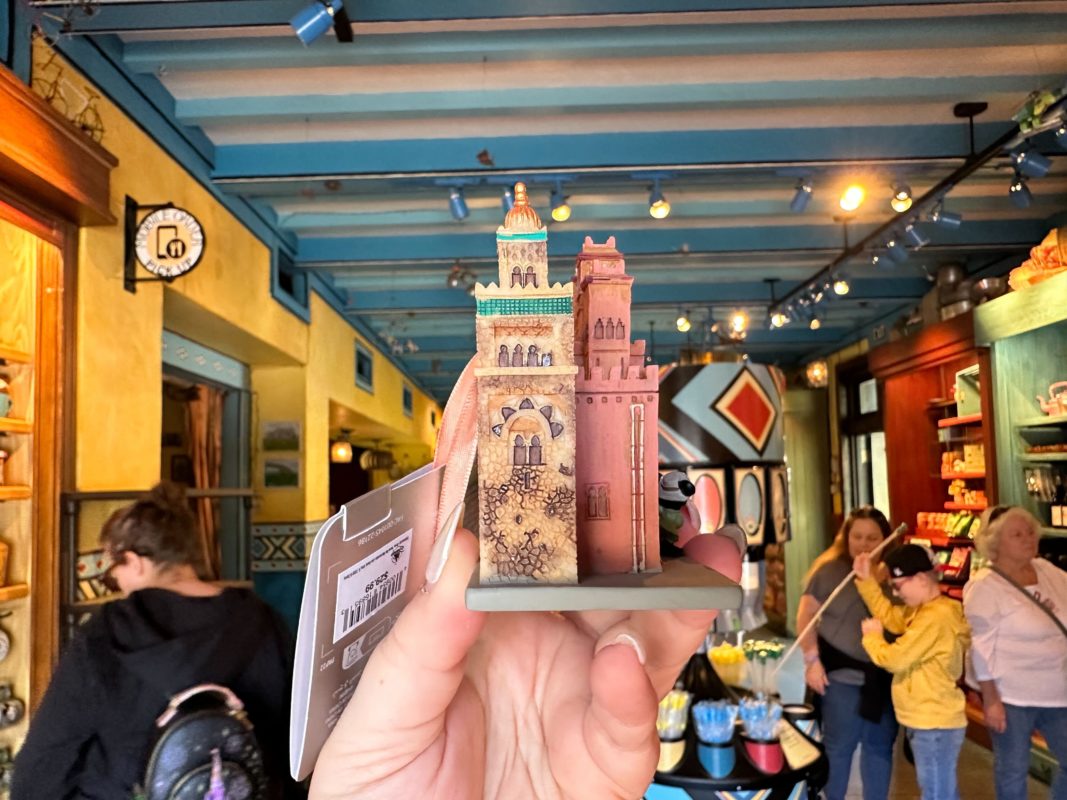 The art style is similar to an ornament released for Frozen Ever After late last year. 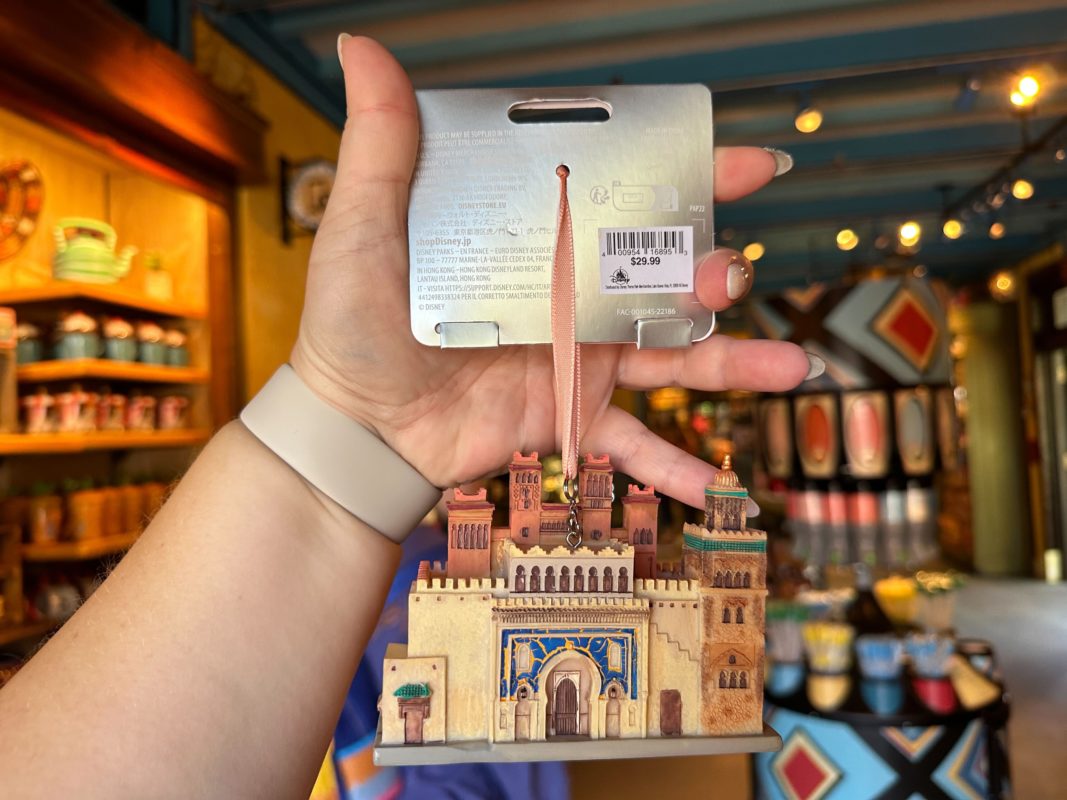 The reverse side shows the gateway that leads to the shops and exhibits in the back of the pavilion. 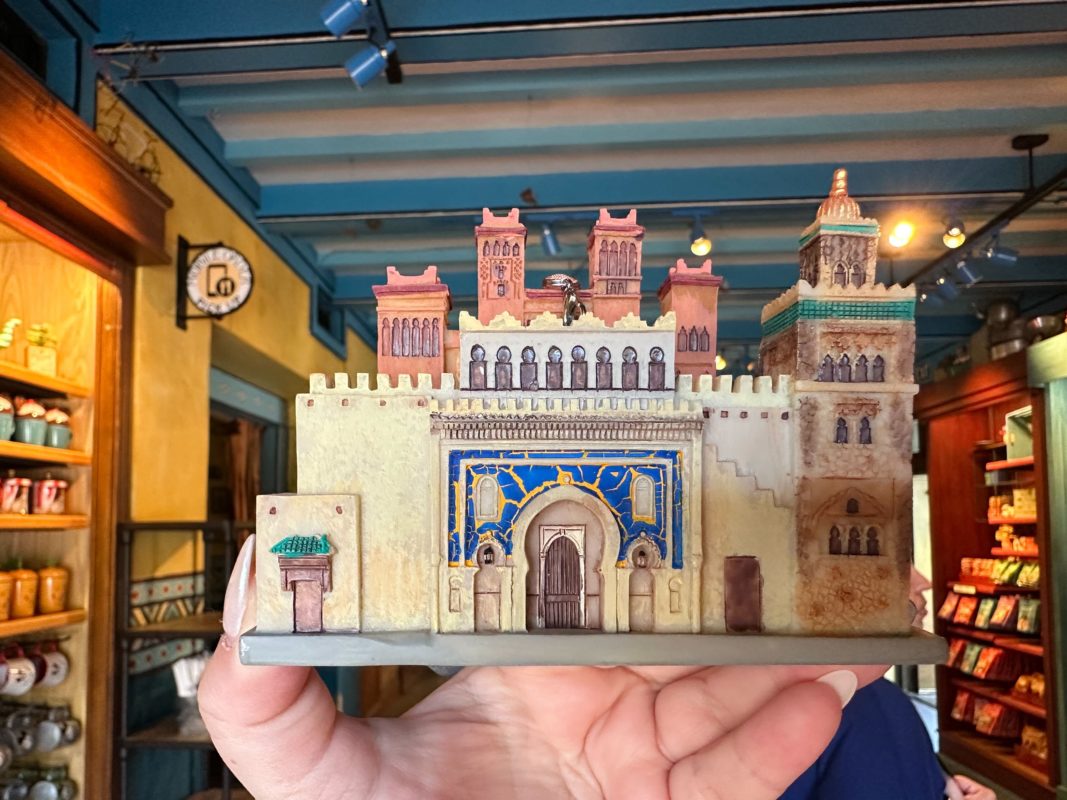 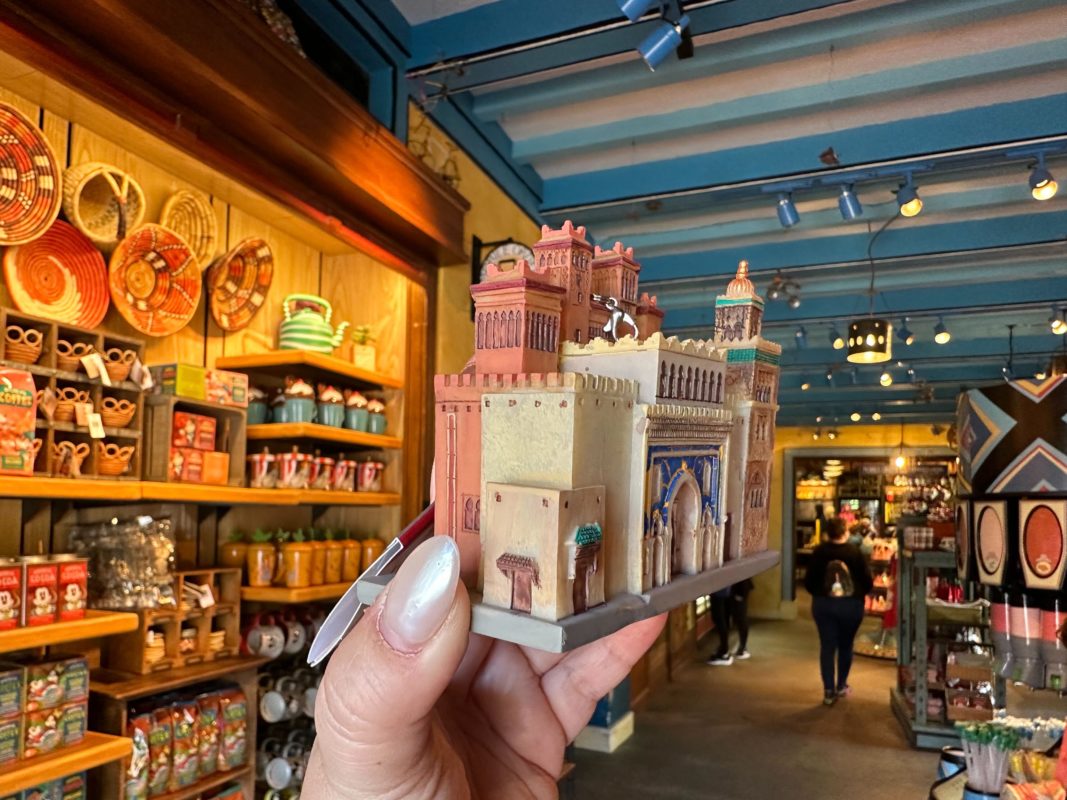 Both sides stand out enough that either is good for display. (Though don’t expect to see a certain replaced structure anywhere on here.) 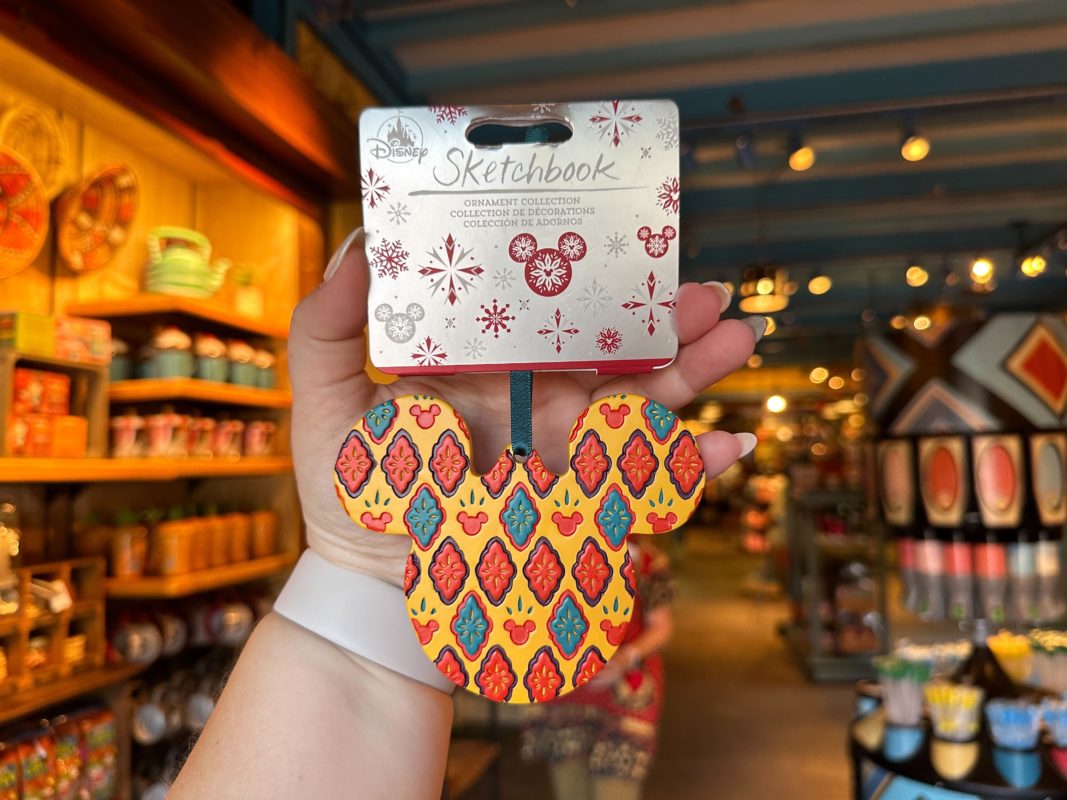 The art of Morocco can be seen on this ornament, shaped like Mickey Mouse’s head. 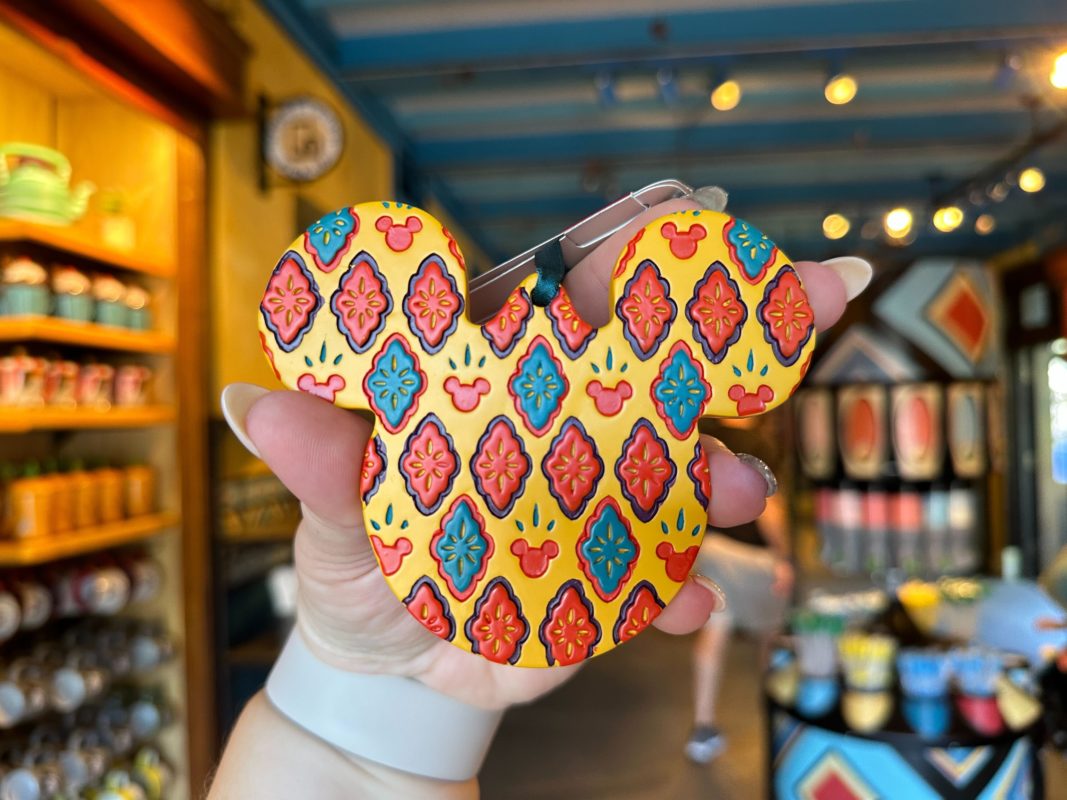 The base is yellow, accented with ornate red and blue diamonds, along with red Mickey heads. 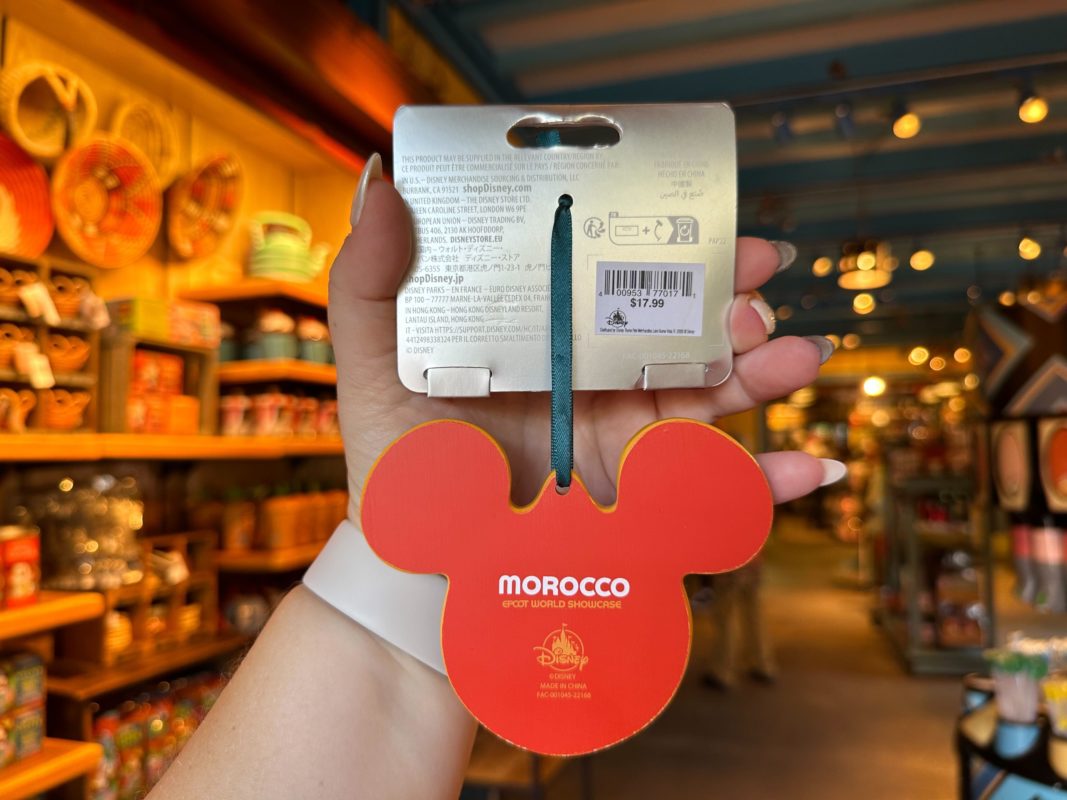 The back simply reads “Morocco – EPCOT World Showcase” in the park’s signature font. 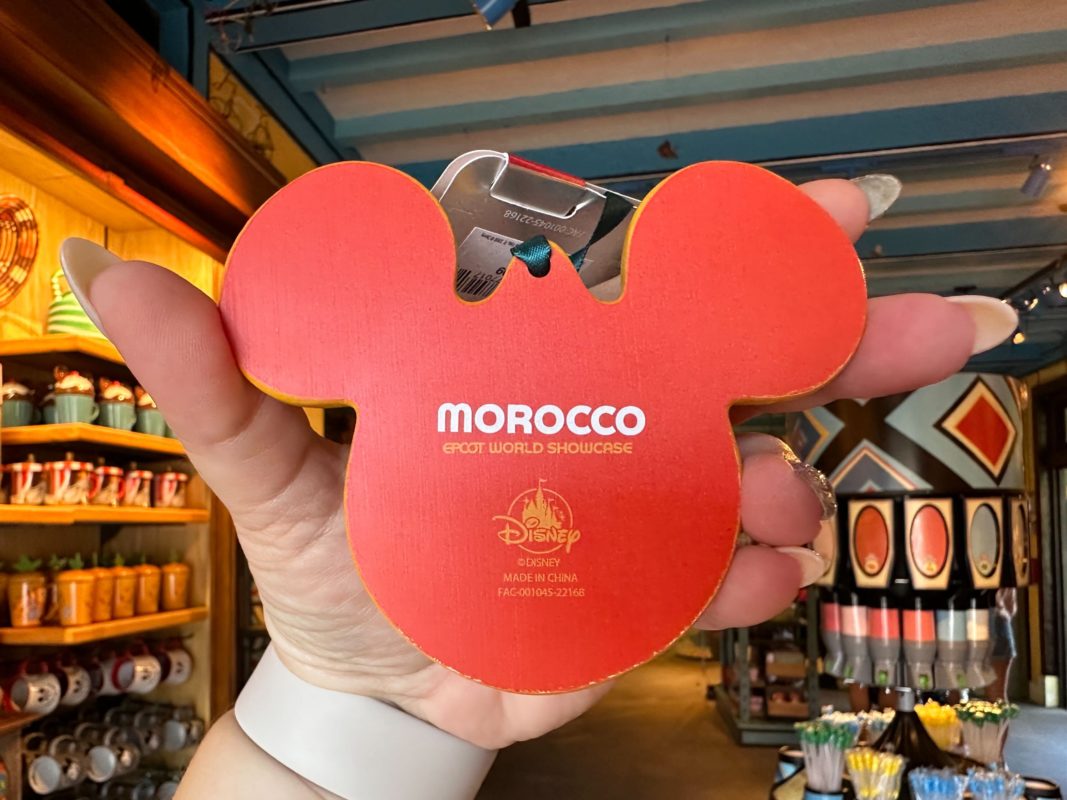 Oddly enough, we found both of these at Zuri’s Sweets Shop in Disney’s Animal Kingdom, though we expect they should also be available at EPCOT.

What pavilion would you like to see represented next in these styles? Let us know in the comments!

MAHONING COUNTYMaster Gardener volunteer training. Beginning Feb. 7, this 12-week course covers everything from fruit to perennials and soils to … END_OF_DOCUMENT_TOKEN_TO_BE_REPLACED

BUY TICKETS Prefer a hi-fi sort of Sunday session to basic beers at the pub? Well, you're in luck because Poodle Bar & Bistro is here to elevate … END_OF_DOCUMENT_TOKEN_TO_BE_REPLACED