PCPD investigators have been searching for the identity of an armed robber since the crime occurred around 5 a.m. Dec. 4, 2022, at a gas station convenience store on W. Highland.

Officials say the suspect robbed the store with small revolver.

Then, on Jan. 3, 2023, Ponca City officers were called to a storage unit facility on N. Union, where they found a male and female inside.

“The male hid from officers upon their arrival and the female was uncooperative,” said Ponca City officials.

Officers eventually located the man inside one of the storage units and arrested 25-year-old Jerid Dustin Smith for multiple warrants and obstructing an officer.

Smith was transported to the Ponca City Police Department where he was booked into jail. 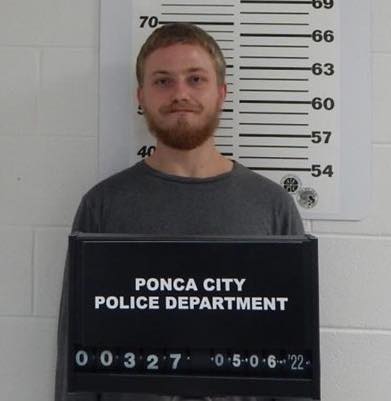 Once in custody, PCPD detectives interviewed Smith about the December robbery, of which he was a person of interest.

Smith confessed and told investigators he committed the robbery so he and his girlfriend could afford to pay for their storage shed at the facility where he was found.

Smith has been charged with Obstructing an Officer, Bringing Contraband into a Jail, and First Degree Robbery in addition to his warrants.

This will be done differently than our prior scion wood / grafting events and different from any other Orange County Chapter in the past. The event … END_OF_DOCUMENT_TOKEN_TO_BE_REPLACED

MAHONING COUNTYMaster Gardener volunteer training. Beginning Feb. 7, this 12-week course covers everything from fruit to perennials and soils to … END_OF_DOCUMENT_TOKEN_TO_BE_REPLACED

BUY TICKETS Prefer a hi-fi sort of Sunday session to basic beers at the pub? Well, you're in luck because Poodle Bar & Bistro is here to elevate … END_OF_DOCUMENT_TOKEN_TO_BE_REPLACED