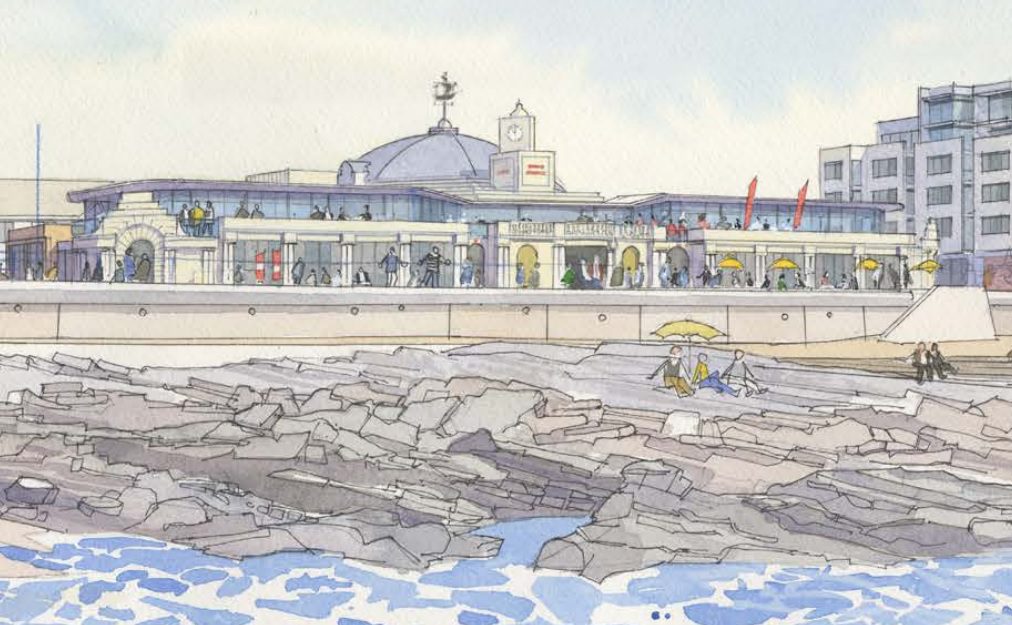 Artist illustrations of how the Grand Pavilion could look once its £18m transformation has been completed.

Porthcawl’s iconic Grand Pavilion building has been awarded £18m of funding, thanks to a successful bid submitted by Bridgend County Borough Council in partnership with Awen Cultural Trust to the UK Government’s Levelling Up programme.

The funding will be targeted at a major re-development of the Grade II Listed building in Porthcawl, which celebrated its 90th anniversary last year. The monies will be utilised to address the condition of the building’s concrete structure, preserving its unique heritage whilst also meeting the needs and aspirations of the community for extended and improved arts, culture, and heritage services.

A range of modern facilities have been proposed in the funding bid, including: 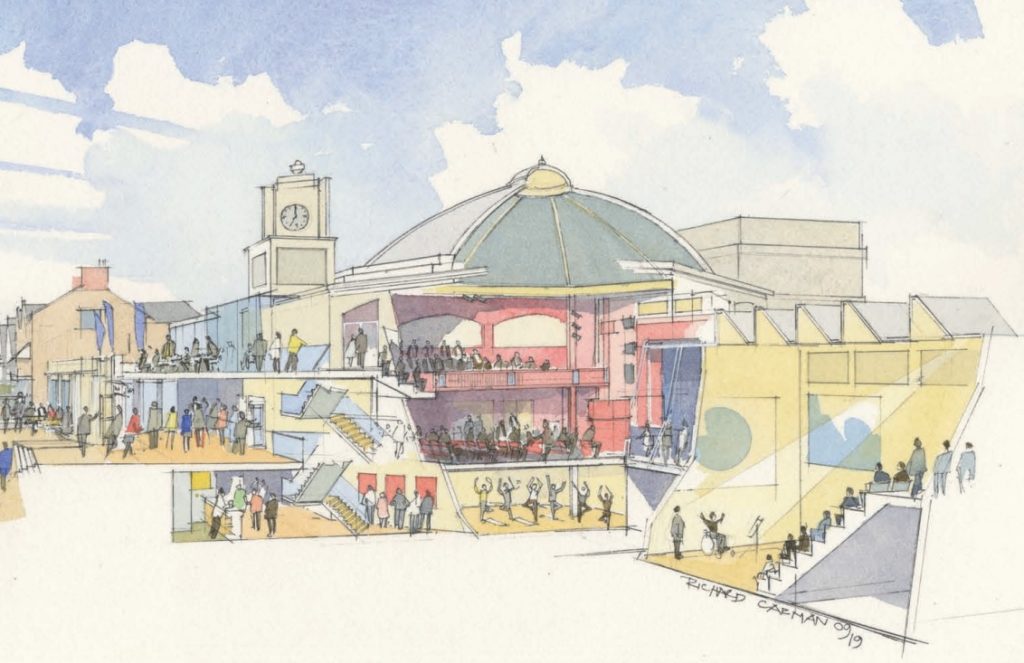 Artist illustrations of how the Grand Pavilion could look once its £18m transformation has been completed.

“We are absolutely thrilled to be awarded this significant funding for the re-development of the Grand Pavilion.

“It is fantastic that the building has been earmarked for investment under the Levelling Up fund. It has always been viewed as a cultural asset by the local community and visitors alike.

“This funding is culmination of many years of planning and partnership working with our colleagues at Awen Cultural Trust. We will not only be in a position to make much needed structural improvements to the building for many years to come, but we can also progress our exciting plans to create an even better arts and cultural venue for future generations.” 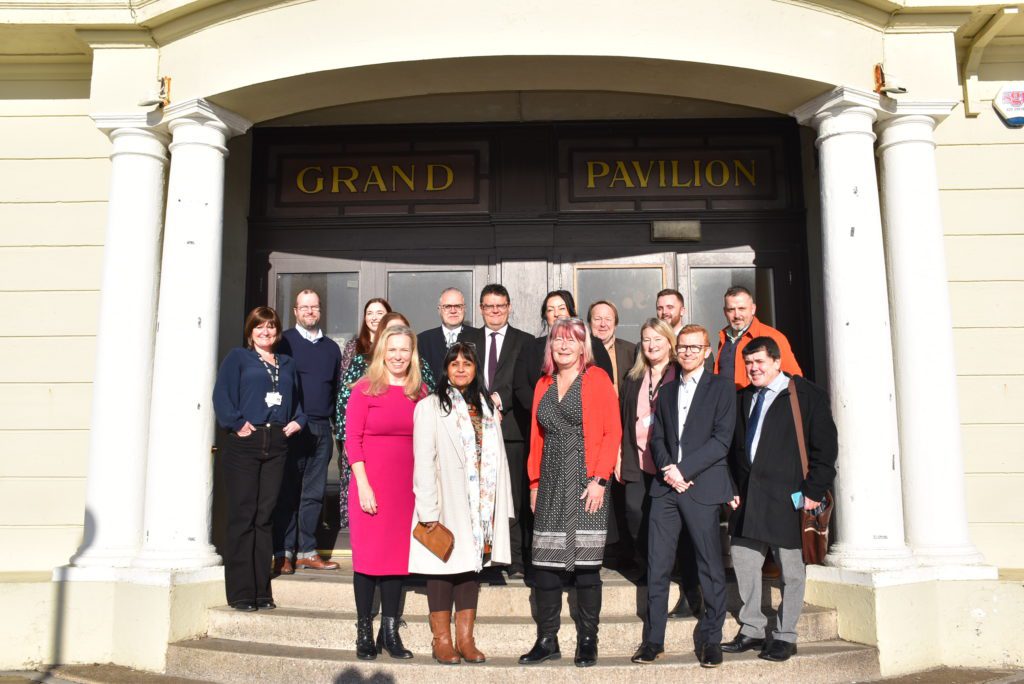 “We have been working with the council on these ambitious plans for the Grand Pavilion since 2016, so I am delighted that we have been successful in securing the funding to bring these to fruition.

“The redevelopment of the Grand Pavilion represents a once-in-a-generation opportunity for us to safeguard this iconic building for many years to come and ensure it retains its position as a flagship regional arts and cultural venue of choice.

“Having managed the venue for over seven years, we know how much the Grand Pavilion means to local people and groups, so we look forward to engaging with them as our plans evolve.”

Council Leader Huw David also welcomed the funding announcement, but noted that it was ‘bittersweet’ as the council’s Levelling Up bid for the Penprysg Road Bridge development in Pencoed had been unsuccessful.

“The Grand Pavilion is a landmark building and we are extremely pleased that the Levelling Up Fund has recognised its importance, not just for residents of Bridgend County Borough, but for visitors from all over Wales and the world. This funding will help to secure the building’s future, and ensure that it remains at the heart of the community.

“At the same time, today’s announcement is bittersweet in that our second bid to the Levelling Up Fund has been turned down, and our ambitious proposals for the Penprysg Road Bridge have been refused. This is a matter of deep disappointment, one that I am sure will be shared by the people of Pencoed.”

“This is a hugely significant investment in truly significant projects across Wales. I’m delighted to see so many successful bids from around the country for schemes which will have an impact for generations to come.

“This funding will regenerate town centres and historic buildings, create new cycle and walking paths through some of our most beautiful countryside, improve facilities for visitors, deliver transport solutions for Cardiff and contribute to the health and future job opportunities for people in the areas involved.

“I am very much looking forward to following the progress of these projects as they help us achieve our ambitions of levelling up the UK and growing the Welsh economy.”

Few culinary delights are as rewarding as using produce that you grew yourself. A bowl of lettuce with the morning dew still clinging to each tender … END_OF_DOCUMENT_TOKEN_TO_BE_REPLACED