The Sutherland Shire’s principal performing arts venue, the Sutherland Entertainment Centre, is in the final stages of its reconstruction. Today, the Sutherland Shire Council has announced that it will reopen on 4 March 2023 as The Pavilion Performing Arts Centre Sutherland, though performances and production will begin in the venue in late January with the 2023 Sydney Festival.

The Opening Gala in March will be directed by Hayes Theatre’s Co-Artistic Director Richard Carroll and feature prominent Australian talent, while the entire reopening is being led by Rachel Healy, former Joint Artistic Director of Adelaide Festival, as its Interim Director.

The upgrade has been a $42 million dollar endeavour by the Council, which aims to strengthen local arts and culture. The venue hosts a 686-seat theatre with a fly-tower and new rehearsal spaces, alongside a new forecourt and foyer and additions to the Peace Park which surrounds it. It will commission new Australian works in a pledge to the local community. For its first commission, the venue has engaged playwright Alana Valentine to write the verbatim play People of the Winter Beach, which centres on the Sutherland Shire and Valentine’s childhood in the Kurnell sand dunes.

“This Pavilion will not only be a hub for our community to access and experience world-class entertainment in their own backyards, but also create employment opportunities and provide a platform to shine a spotlight on and nurture local talent. This new facility is truly something for all residents to be proud of.”

Its inaugural program opens with Bangarra Dance Theatre’s first children’s work, Waru – journey of the small turtle. Its first performance season sold out in 2022, and it arrives in Sutherland as part of the 2023 Sydney Festival.

On 3 and 5 March, Air Play takes to the stage, dancing the line between theatre, circus, sculpture and comedy. The production was developed alongside sculptor Daniel Wurtzel and has toured from Chile to London to Shanghai. 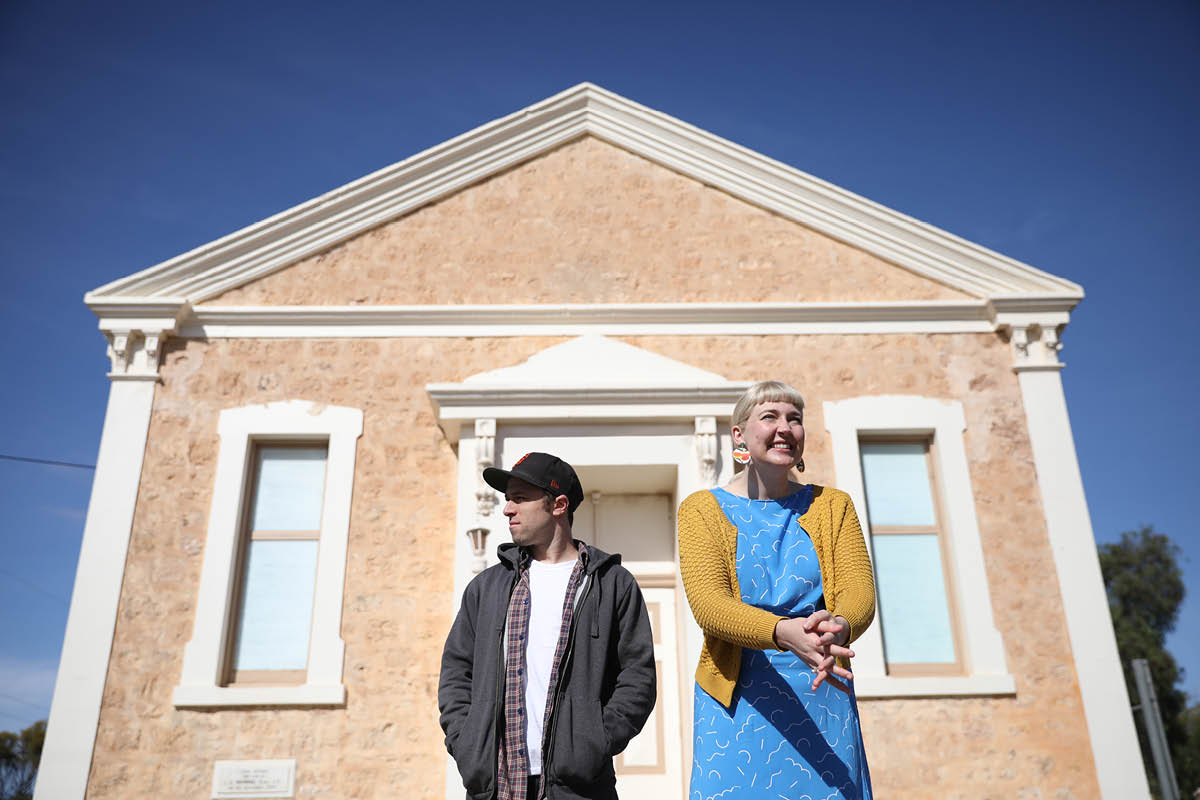 The Sydney premiere of Euphoria, from State Theatre Company South Australia, takes the stage from 11–12 May. Playwright Emily Steel spotlights the complex struggles and sense of community in rural life in South Australia.

Sydney Writers’ Festival will hold two youth workshops on 25 and 26 May, and on 27 May acclaimed comedian Tom Gleeson becomes a languid, scoffing host for comedy’s sake as he brings the game show Hard Quiz Live into the heart of the Shire.

The opening program closes with Lano and Woodley’s Moby Dick, a playful production from two of Australia’s comedy greats that received the Melbourne Comedy Festival’s People’s Choice Award in 2018.

“One of the most powerful lessons of the past two years has been the essential role culture and creativity plays in the wellbeing and vibrancy of our communities,” said Healy.

“Council’s commitment to providing first class cultural infrastructure and ongoing support for its operations is a stellar example of long-term vision, fierce determination and inspirational leadership by the Sutherland Shire Council.”

More about the The Pavilion Performing Arts Centre Sutherland can be found here.

Animals have been recognized as good companions, an extension of therapy, known for providing emotional support and more.  Residents at Parkview … END_OF_DOCUMENT_TOKEN_TO_BE_REPLACED

PESHAWAR       -           A large number of visitors, including domestic and foreign tourists, continued to throng the Khyber Pakhtunkhwa Pavilion to … END_OF_DOCUMENT_TOKEN_TO_BE_REPLACED

Less than an hour’s drive from the hustle and bustle of Atlanta, Georgia, lies the quaint, southern town of Pine Mountain, Georgia, the gateway to … END_OF_DOCUMENT_TOKEN_TO_BE_REPLACED

OCEAN CITY, Md. – The next time you see the Ocean City boardwalk it may look a little different. The decking is being redone after 10 years in the … END_OF_DOCUMENT_TOKEN_TO_BE_REPLACED