Tasty Notes is a roundup of food and restaurant news including specials, local food news, dining events and more around the area.

For inside dining service, lunch, brunch, and dinner menus will be similar with a few modifications.

Guests  can enjoy crispy, fried chicken served with scratch-made pickles and biscuits,  Shrimp and Grits made with shrimp demi including mushrooms and tomatoes, Crescent Farms Duck Confit with Cherry gastrique, or the Fresh Catch, which changes weekly.  Lunch diners can enjoy Gambino’s Bread Po-Boys with scratch made aioli, a Cajun burger made with housemade Andouille, or a Biscuit BLT.  Brunch specialties include Praline Pain Perdu (Cajun French toast), or Fried Chicken and Waffles, where nearly every item is made from scratch.  Seafood boil lovers can feast on a rotating selection of seafood steeped in our own blend of seasoning using Tabasco pepper pulp sourced from the factory in Avery Island, Louisiana.  As of September, Patio Bea is boiling Gulf shrimp, snow crab legs, and lobsters.

Patio service with seafood boils will run 5 p.m. to close on Fridays to Sunday.  Operations for the patio boils will expand over time. 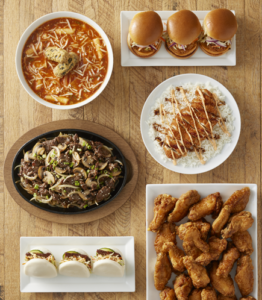 Bonchon, known for its double-fried, hand-brushed Korean fried chicken, is celebrating its 20th anniversary in 2022 with a limited-time 20/20/20 special – and additional menu items in its Addison and Frisco locations.

For a limited time only, DFW-area Bonchon locations will offer 20 traditional, bone-in wings for $20 in honor of its anniversary. Wings come with choice of soy garlic or spicy sauce, or half and half.

Vegetarian Rice Bowls and Korean Tacos, now available with marinated tofu, which will also be an option on the new Sesame Ginger Salad.

The Addison and Frisco restaurants will also debut lunch specials and a children’s menu.

“We’re excited to share some of the dishes that have been favorites at our full-service Bonchon locations with diners in our hometown,” Flynn Dekker, CEO of Bonchon, which is headquartered in Addison, said in a press release. “We’re hoping the broadened menu, lunch specials and kids menu will give our DFW guests a new opportunity to come see what Bonchon is all about.”

Garrison Brothers Distillery is partnering with bartenders and mixologists across the country to spread the word about its Small Batch and HoneyDew Bourbon. Silver Fox is among the restaurants participating in the brand’s Bourbon Takeover of America.

III Forks will also offer its Garrison Brothers Old Fashioned for $17. The beverage is served over a III Forks-stamped ice cube and garnished with an orange twist and black cherry.

The restaurant will also offer a dish utilizing Garrison Brothers bourbon. Chef Chris Vogeli’s version of steak frites – a petite tender with Garrison Brothers tarragon butter and fries – will be available for $32 during September. 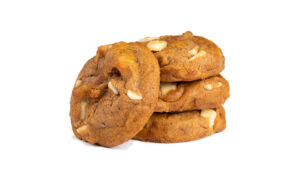 Salata, the built-to-order salad kitchen introduces the Pumpkin Puff Cookie at all participating locations. Launching on Tuesday, the cookie is a brand-new item for Salata and will remain in restaurants through the end of the year.

The new pumpkin-flavored cookie features a light and fluffy texture with pieces of macadamia nuts, white chocolate chunks and a hint of cinnamon in every bite. The cookies are baked fresh in-restaurant daily.

“With pumpkin flavored treats trending each fall we wanted to find a creative way to get into the movement as a salad company,” Michelle Bythewood, president of Salata said in a press release. “Our cookies are very popular amongst our guests, so the Pumpkin Puff Cookie felt like a natural extension of that offering and it’s a great way to get your fall-fix as a treat along with any Salata salad or wrap.”

To celebrate the new cookie, on Sept. 30, Salata will offer a free Pumpkin Puff Cookie to all guests who are signed up for their Tastemaker Rewards program. Available all day – hours will vary by location. 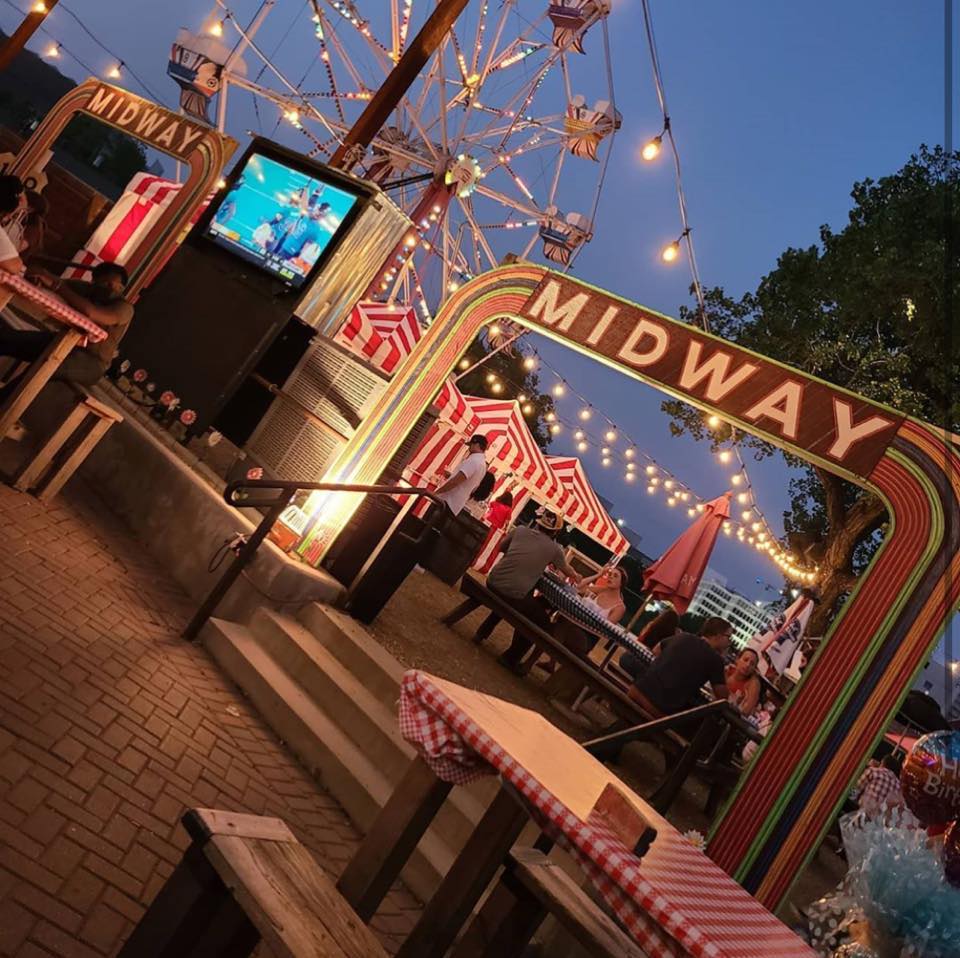 Ferris Wheelers is bringing the Texas State Fair experience to its own backyard with carnival-inspired décor and games. Starting Thursday, the State Ferris of Wheelers themed pop-up will offer State Fair staples every Thursday-Sunday through Oct. 23.

State Ferris of Wheelers themed pop-up offers a twist on the fair experience, with its rustic backyard, adorned by a Ferris wheel of its own along with rows of picnic tables for an ideal patio setting. Various local food vendors will appear throughout the month-long event to serve some of the Fair’s greatest food hits as well as Ferris Wheelers’ signature fair foods like funnel cakes, turkey kegs, corn dogs and more. Plus, there is always the restaurant’s  backyard BBQ staples and variety of draft beers.

“There are very few things more adored by Texans than the State Fair,” said Shane Snow, Head Pit Master at Ferris Wheelers, in a press release. “While there is a long list of notable fair features, the food ranks at the top for most. We want to showcase our delicious take on classic fair favorites, right in the beloved Ferris Wheelers backyard.”

Ferris Wheelers will also be at the State Fair in the Midway with its own booth and a menu that includes brisket waffle fry nachos, pork belly burnt ends on a stick, funnel cake fries and barbecue pickles.

Councillors in inner West Leeds have agreed to commit almost £12,000 to protect an area of public open space from ongoing vandalism. A 1.8 … END_OF_DOCUMENT_TOKEN_TO_BE_REPLACED

People use their patio areas to relax, entertain guests, and enjoy the sunshine. It may be that you’re looking to add a touch of luxury to yours, to … END_OF_DOCUMENT_TOKEN_TO_BE_REPLACED

This week, the morning lows were under 60 degrees in the Greater Houston area. Houstonians took their dogs out for walks, drank margaritas on the … END_OF_DOCUMENT_TOKEN_TO_BE_REPLACED