Can you spot the spider? Taken somewhere in Karnataka in February 2020. Photo: Saketh Upadhya/Unsplash

In the history of life, two lifeforms have had a significant impact on climate and the course of evolution. The most profound effect has been by photosynthetic bacteria, which made Earth habitable for more complex life. Between 3.7 billion and half a billion years ago, microbial photosynthesis added so much oxygen into the atmosphere that it cooled the planet and triggered a series of ice ages. These episodes of freezing and thawing led to the evolution of multicellular lifeforms and created new minerals like the oxides.

The second lifeform to make a deep impact is us humans. Humans have altered landscapes, synthesised and discharged chemical compounds whose ecological fate remains unknown. We have extracted resources from Earth well beyond its limits, decimating ecosystems and causing the extinction of several lifeforms beyond recovery. Over the past decade, there has been a growing urgency worldwide to reverse these past misadventures. The current emphasis on conservation and planting trees to reverse climate change may not be enough.

If we have to have any possibility of achieving our climate goals in time, we need to revisit five broad areas.

First, to fix excess carbon in the atmosphere, we need to look beyond trees and go into the depths of the planet instead.

The most accepted solution to fix the carbon problem is to plant trees. Our greenhouse gas problem emanates from fossil fuels that formed millions of years ago, took millions of years to make, and reside in the bowels of Earth.  Simply planting trees and letting carbon stay on the surface of Earth will not help.

An influential study published in 2019 stated that if 4.4 billion hectares of forests were planted, they could potentially store an equivalent of 25% of the current atmospheric carbon. Tree planting is also socially acceptable, politically simple and appears cost-effective. However, trees only create an illusion of mitigating the carbon emissions. Relying only on planting trees is unlikely to provide the answers to our carbon woes.

Planting trees captures carbon in the short-term (10 to 100 years). Natural decomposition slowly releases carbon into the atmosphere. In addition forests and biomass like peat have experienced widespread fires, as in Australia, the Amazon, the Arctic, Indonesia, Congo, California, Spain and Algeria. These fires release the carbon stored in the trees into the atmosphere.

Some scientists have also found the 2019 estimate about carbon capture to be overstated (see here and here), and have suggested “caution in considering [forests and tree planting to be] the most effective strategy to mitigate anthropogenic emissions”.

Also read: Shifting Baselines: Our Elders’ Stories Can Tell Us How Good Our Future Can Be

Our understanding of nature and natural processes is a work in progress. A recent analysis, for example, concluded that we have been underestimating the sources and quantity of methane – the most potent greenhouse gas – being released into the atmosphere. The 2019 study found that human activities emit 25% to 40% more methane than had been estimated.

However, unlike common perception that attributes this methane to farm animals and rice fields, this study found that a significant part of the problem lies with the oil and gas industry, which apparently contributes much more to global warming than was previously perceived. So plugging methane leaks in hydrocarbon wells, rather than focusing on belching cows or rice fields, may be a more feasible technological intervention.

Another aspect that is largely overlooked is the fact that soil microbes play a significant role in capturing carbon. There has been little effort to understand how we can take advantage of soil microbiomes to capture and store organic carbon in the deep soil.

Second, preserve landscapes that are a part of the geological processes involved in burying carbon-laden sediments.

Biogeochemical processes operate over millennial timescales, they bury carbon and stabilize the climate. Since the evolution of Himalayan rivers, the Ganga, and to a lesser extent the Indus, has played a particularly important role in deep carbon burial. The Ganga buries about 10-20% of the total terrestrial organic carbon in oceanic sediments. Each monsoon, the river carries sediment-laden waters and deposits them into the submarine canyons of the Bay of Bengal, where they lie for a long period. Even though geological processes take a very long time to bury carbon, protecting landscapes and rivers is critical. 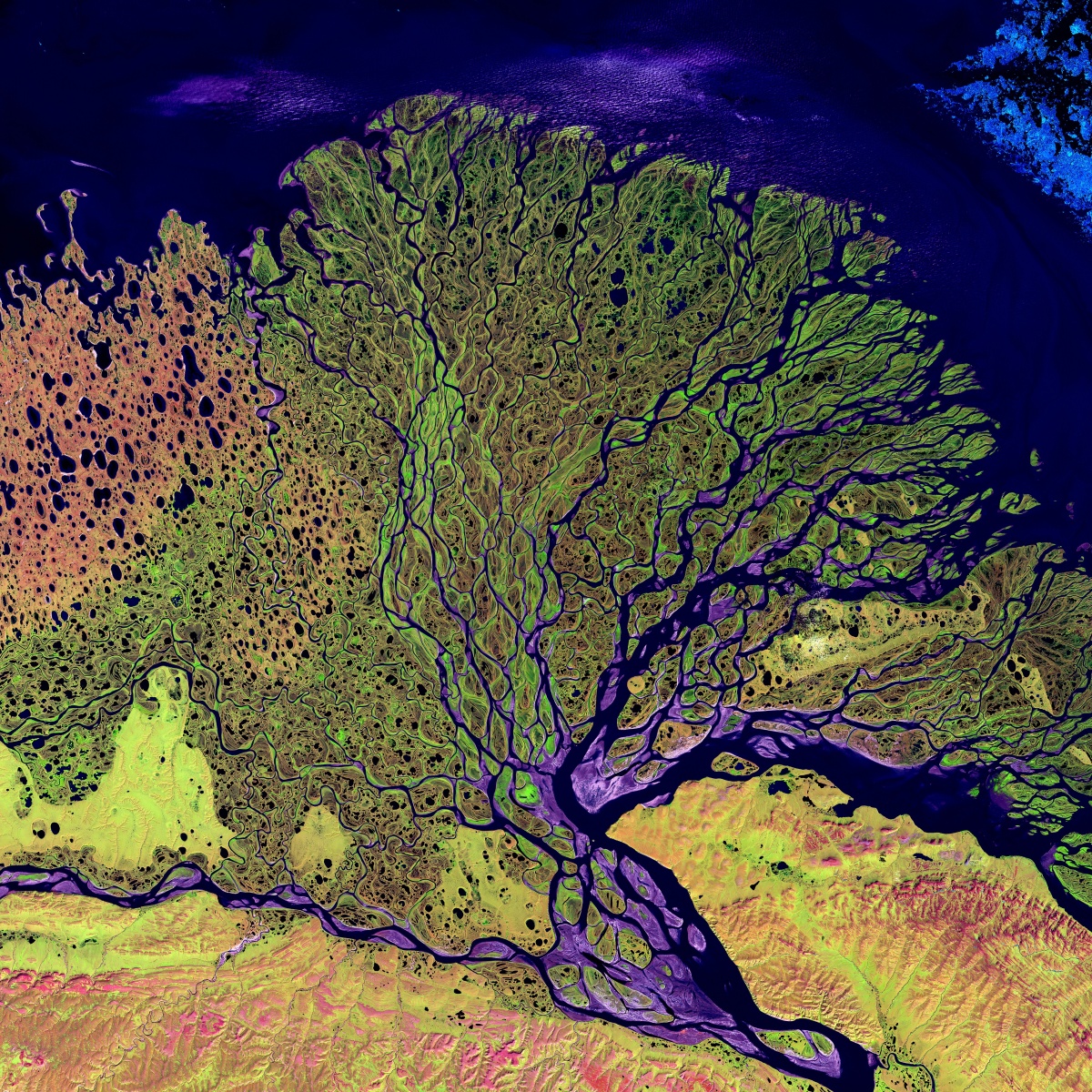 Third, to sink carbon, we need to understand its linkages to other elements and their cycles.

Carbon capture and burial models must be landscape-specific. Several key element cycles, like those of silicon, calcium, nitrogen, phosphorus and iron, come into play when we talk about carbon capture. The current ‘one size fits all’ understanding may lead to a wasteful strategy that does little to mitigate the problem.

Fourth, to bury carbon faster and more efficiently, we need to harness the power of microbial communities.

Microbes, particularly photosynthetic marine bacteria, are highly efficient at carbon capture and sequestration. Some 5-10% of all oxygen production and carbon sequestration is the work of the marine blue-green bacteria of the genus Prochlorococcus. Their rapid lifecycle and death ensures that microscopic cells get trapped in ocean floors and their carbon combines with other minerals and resides there for several thousand years. Yet the powerful role of marine photosynthetic bacteria, that was discovered as far back as the early 1980s, remains woefully understudied.

Oceans and seas are critical in capture and store majority of the planet’s carbon. Conserving lakes and ponds also contribute significantly. Although freshwater bodies cover only around 3.7% of Earth’s surface, they are more effective at capturing and burying carbon than trees. But despite this knowledge, less than 1% of the global investment is devoted to deep carbon burial.

Long-term projections of terrestrial carbon sinks in the latest Earth System Models (CMIP6), published in March 2022, indicate that land-based carbon dioxide sinks may have peaked in their ability to store carbon and their capacity will drop further in future. Against this background, it bears repeating that oceans, seas, rivers, lakes and ponds hold tremendous promise for storing carbon in the future, but only if we ensure their health.  Recent studies, for example, have shown that blue green bacteria are susceptible to plastic pollution, and this affects their ability to absorb carbon. 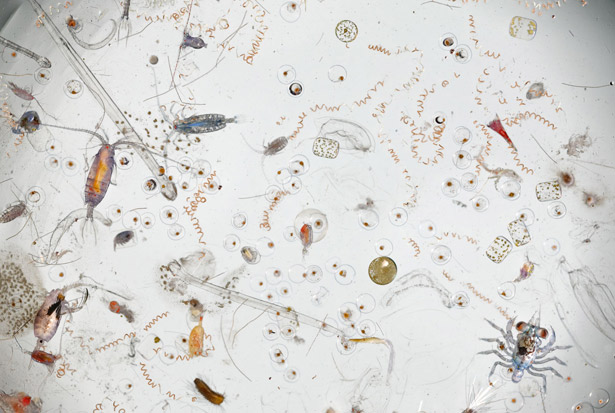 A splash of seawater showing several microorganisms under a microscope. Image: Maia Valenzuela/Wikimedia Commons, CC BY 2.0

Very little progress has been made to implement climate mitigation efforts and to achieve emissions targets. The primary reason for this is the omnipresence of industry and other vested interests, including at the policymaking tables. Nearly all climate talks also include influential delegates from the deleterious industries who distract policy discussions. If global and national climate targets are to be achieved, vested interest groups should be excluded from policymaking.

Our future generations face problems that humankind has never faced thus far. To overcome this, people of the future – like academics and policy advisors – will need to understand deep natural history to solve the complex problems we will leave behind for them.

Indeed, as we approach the COP27 climate talks (in Egypt, November 6-18), the global community must consider taking a deep-time view to regulate carbon emissions and reverse climate change. The role of oceans, rivers, lakes, ponds, microbes and other lifeforms should no longer be ignored. Nature’s efficient carbon undertakers need to be made a part of the solution to the climate problem.

Lavender is a Mediterranean evergreen shrub, grown for its fragrant leaves and bee-friendly flowers. They adore the sun and can thrive in poor soil. … END_OF_DOCUMENT_TOKEN_TO_BE_REPLACED

Jeff Floyd is a private green industry consultant. He can be reached at [email protected] By Jeff Floyd Certified horticulturist and … END_OF_DOCUMENT_TOKEN_TO_BE_REPLACED

With Joyce Russell WHAT a wet and windy time November has been! It’s getting colder too and there is no doubt that winter is with us. Most trees have … END_OF_DOCUMENT_TOKEN_TO_BE_REPLACED

The other night at about 2 a.m., I was intently scanning gardening sites seeking a specific carex (sedge). I paused, thinking I had finally gone over … END_OF_DOCUMENT_TOKEN_TO_BE_REPLACED