Strip mall parking lots have never been renowned for their ability to entice passers-by to gather and mingle. But that has been changing in parts of Toronto in the last few years thanks to a University of Guelph-led project called plazaPOPS.

The project has transformed barren parking lots in Toronto’s outer boroughs into inviting spaces where residents can sit and chat between shopping errands, or where entire neighbourhoods can gather for day-long community and cultural events.

This year, the first in a three-year grant-funded program of new plazaPOPS, saw a new expanded approach, with four parking lots throughout north Etobicoke repurposed into plazaPOPS spaces through the Albion Islington Square BIA, in partnership with the Rexdale Community Hub.

Each plazaPOPS site featured shaded benches and planters filled with trees and native perennial plants to attract pollinators, as well as murals, a stage and street art projects created by local artists.

A local church hosted a weekly free BBQ and concert at one of the sites, while several large community-led events were held throughout the summer, including carnivals with music, free food and local entertainers. The season ended with a fall harvest festival featuring music and Diwali performances.

Daniel Rotsztain, a U of G graduate whose master of landscape architecture thesis helped launch plazaPOPS, says wherever the team goes, they have insisted the local community lead the event planning.

“We want to create an authentic relationship with community members so that each installation expresses their local culture and their vision for the neighbourhood,” he said.

Enhance spaces that have no space for communing 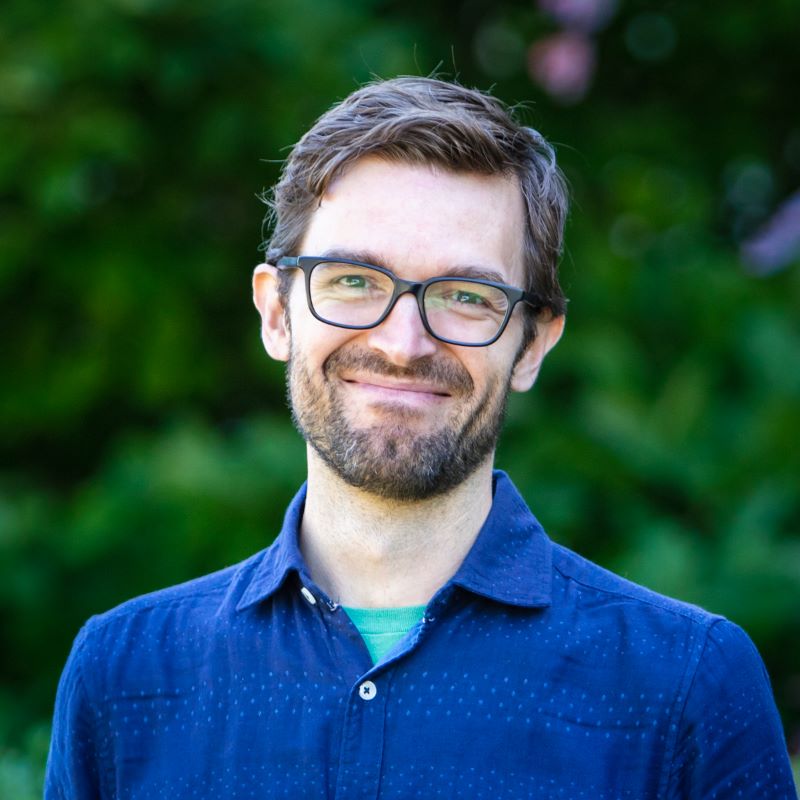 A parking lot might seem an unusual locale for a neighbourhood party, but as landscape architecture professor Prof. Brendan Stewart explained, the point of plazaPOPS is to create a “main street” atmosphere in parts of the city that are dominated by large lanes of traffic.

“We aim to provide a publicly accessible space where there are already lots of things happening and where people are spending time,” said Stewart, a professor in the School of Environmental Design and Rural Development (SEDRD) within the Ontario Agricultural College. “The point is to enhance spaces that are already buzzing but have no space for communing.”

Many of the plazaPOPS have been in strip mall parking lots where locally owned businesses have agreed to give up parking spaces to create a community meeting place.

“We go to where we are invited. We want to support small business, not push anyone out,” Stewart said. “And we always go back to the idea that what’s good for the community tends to also be good for local businesses.” 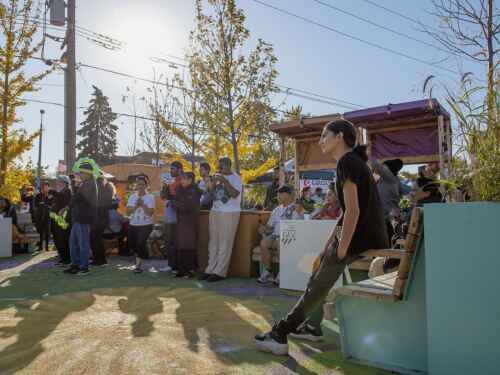 Attendance at the community events was high this summer, with families and locals gathering. In place for three months, the installations were well used throughout the summer by people looking for a place to sit amid some greenery.

“We had a local artist named Wong who spent several weeks on the site creating some of the pavement art and he is full of stories of how people used the space, how there were regulars who come every day,” said Rotsztain.

“It feels like it was very appreciated,” he added. “This part of the city often doesn’t get as much investment in the arts and culture realm as other areas, so it was a refreshing thing for them to have a public space.”

With the aim of creating a sustainable, long-term initiative, plazaPOPS was recently incorporated as a not-for-profit organization with an executive and board of directors. 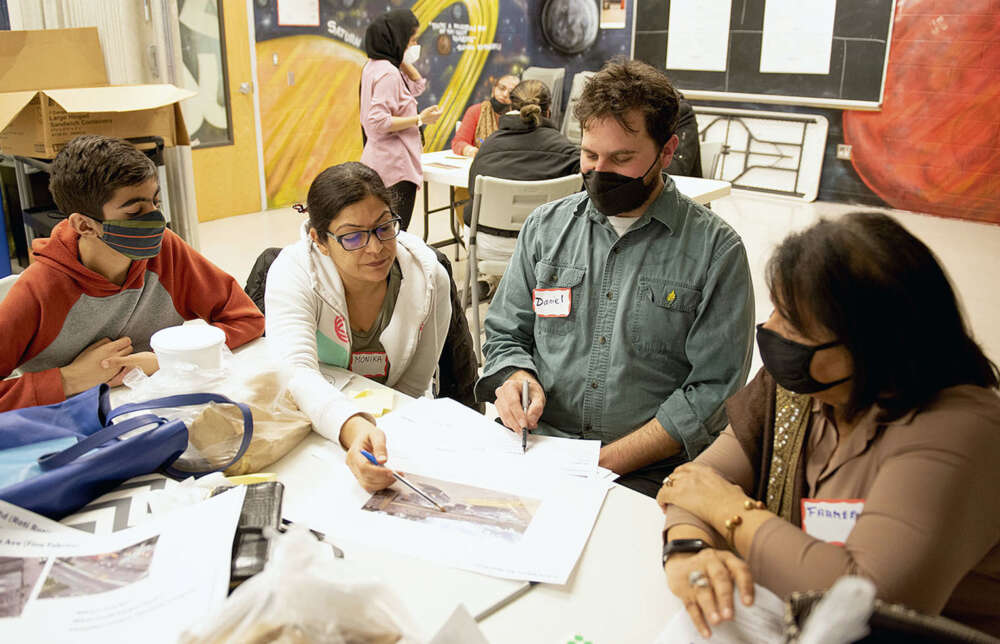 The project received three years of funding from the Federal Economic Development Agency for Southern Ontario (FedDev) through the City of Toronto’s Main Street Recovery and Rebuild program, as well as a Partnership Development Grant. Next year will see an enhanced research project involving U of G sociologists Drs. Mervyn Horgan and Saara Liinamaa, SEDRD’s Dr. Karen Landman, University of Toronto economist Dr. Rafael Gomez and other collaborators.

Local community members will be trained to participate in the research, which aims to understand the economic, social and environmental impact of the plazaPOPS project.

Along with community partners, the team will discuss sites for next year’s installation during the U of G community design studio course to be held in the winter 2023 semester, Stewart said.

“We are trying to create a vibrant city that everyone has access to and are really excited about how this project has grown.”

Jeff Floyd is a private green industry consultant. He can be reached at [email protected] By Jeff Floyd Certified horticulturist and … END_OF_DOCUMENT_TOKEN_TO_BE_REPLACED

With Joyce Russell WHAT a wet and windy time November has been! It’s getting colder too and there is no doubt that winter is with us. Most trees have … END_OF_DOCUMENT_TOKEN_TO_BE_REPLACED

The other night at about 2 a.m., I was intently scanning gardening sites seeking a specific carex (sedge). I paused, thinking I had finally gone over … END_OF_DOCUMENT_TOKEN_TO_BE_REPLACED

LIVONIA — Kylie Buckley picked up where she left off to conclude her junior season, exploding offensively in Livonia’s 66-29 win over Le Roy over the … END_OF_DOCUMENT_TOKEN_TO_BE_REPLACED