Coun. Bonnie Rowe gave an oral history of the pavilion. West Elgin Mayor Duncan McPhail, Elgin County Warden Mary French and Elgin—Middlesex—London MP Karen Vecchio spoke to the value the pavilion has had over time, a news release from the municipality said

The event included an afternoon of dancing and music provided by the Pierce Family Band, who have played at the pavilion for more than 35 years. 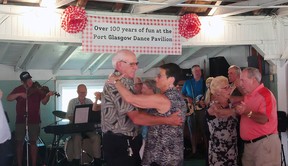 “Many in attendance reminisced about meeting spouses or told stories of first dates in that very building,” the municipality said in the release.

Attendees also viewed a slide show on the history of the pavilion and the surrounding Memorial Park which was created by Mike Baker of the Elgin County Archives.

The municipality also rededicated the refurbished entrance gates and cairn in Memorial Park. The cairn has new signage placed to memorialize the Aldborough Pioneers, Finlay G. MacDiarmid, a federal politician who represented the area in the late-1800s and early-1900s, and the soldiers from the area. 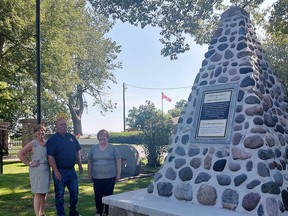 Blue skies, sunny weather, and an amazing food scene draw tons of visitors to Southern California. Whether you live in California or are just … END_OF_DOCUMENT_TOKEN_TO_BE_REPLACED

Observant passers-by may have noticed that there has been a little bit of change to the gazebo, or outdoor shelter, outside the Keyano Centre. It is … END_OF_DOCUMENT_TOKEN_TO_BE_REPLACED