Wilma’s Patio Restaurant has been a fixture on Balboa Island’s Marine Avenue for four decades, but owner Sheri Drewry will tell you that her mother — Wilma Staudinger — hated the idea of naming it after herself.

“The recommendation from contractors and architects was that you should name it after yourself. That just makes people want to come and feel comfortable and cozy,” Drewry said in a recent interview. “So against my mom’s wishes — she hated her name — we named it Wilma’s.”

The restaurant officially opened on Sept. 7, 1982, just a few doors away from its current location. But Wilma’s wasn’t always the vision that her parents had for the site. It wasn’t even in the cards until almost a decade after they purchased the property at 225 Marine Ave. in the early 1970s.

Drewry said her parents, the late Wilma and Maurice Staudinger, managed A&W Restaurants and created a similar fast-food operation at the site in 1974. After it closed, the property was leased out. When that lease ended, the Staudingers decided to try their hands again at opening a restaurant. They tore down the existing building and remodeled it back to front.

Pictured in the old restaurant’s kitchen from left to right is Wilma Staudinger, Sheri Drewry and Gretchen Hatfield in 1997.

“They realized what [Balboa Island] really wanted was sit-down waitress service. That wasn’t something that was familiar to them,” said Drewry, who added they had to fire their head chef five days into operation and restructure an extensive menu into something smaller and tighter so they could get their sea legs running a full-service restaurant.

At the time of its opening, Wilma’s had 16 tables and a staff of 18, including both of her parents. Forty years later, the business operates with 40 tables and 48 employees.

Maurice Staudinger passed away in 1995 and the family lost the restaurant’s namesake, Wilma, in 2014.

Assistant manager Sondi Hensley said generations of families have worked at Wilma’s, including her own.

“Literally, my daughter, Jessica, started working there when she was 13 and 14 and she would come to work with me. She started learning the register and seating people and before you know it, she was fully working there. It got her through high school and everything else.” 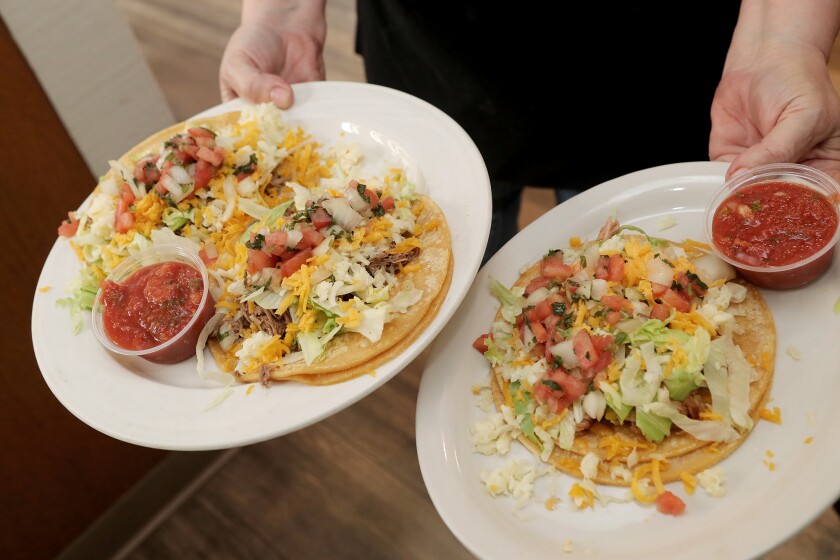 An order of carnitas tacos at Wilma’s Patio Restaurant. The restaurant will be celebrating its 40th anniversary on Sept. 7.

Juvenal “Bennie” Martinez remembers back in the early days when his own family worked at Wilma’s. His brothers, his cousins have all since left the restaurant’s service, but Martinez has remained with Wilma’s since the start. He was a dishwasher when he joined the staff in 1983 and has been a cook since 1985.

“He’s been there for 40 years because he loves his job. He says he loves his job because he likes to cook and he doesn’t have someone on top of him telling him what to do,” said his wife, Fabby, who helped translate for Martinez. “When Sheri’s mom and dad were still alive, they were really nice to all the employees. If they needed vacations, she’d give them vacation.”

Martinez said he had family back in Mexico and that if anything happened, he felt he could just go and ask either of the Staudingers and they’d help not just him but all their other employees. He said he misses Wilma and Maurice, but also is very thankful to current owners Sheri and her husband, Dave. 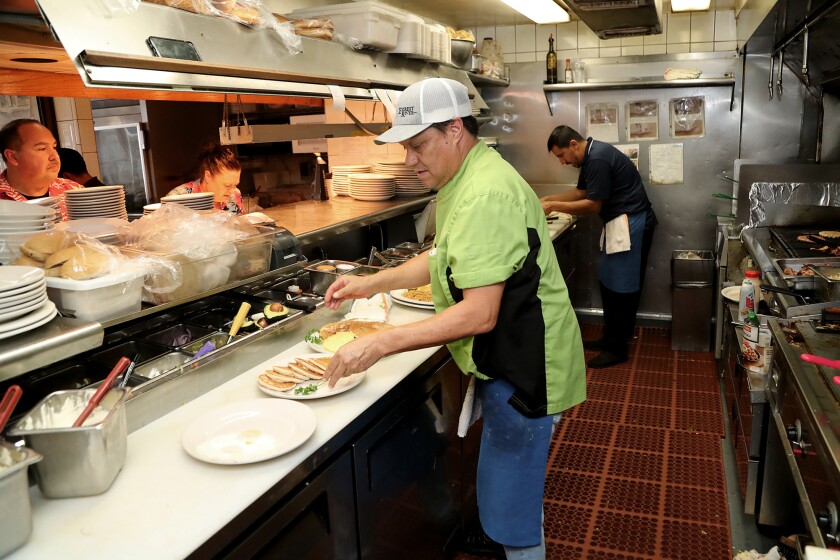 Head chef Tomas Guerra said he’s stayed with the restaurant because Wilma’s gave him the opportunity to grow. He said he started in 1989 as a chef and was promoted to head chef two years later.

He said Maurice allowed him to put in the produce orders, then Wilma encouraged him to start making the food orders and doing inventory.

“It’s how I started and I’ve been learning a lot. Before, it’s not a big difference between then and now. It’s kind of the same. Here, we all work like a family. We all get along and that’s one of the things. We all get along and Sheri and her mom and her parents are good to us,” said Guerra, who even met his wife, Jill, while working at the restaurant. “It was fun to stay and work with them.”

With the anniversary of the restaurant’s opening just days away, Drewry said they will host an open house party for all of their staff. They’ll also offer giveaways or special events throughout the year to celebrate Wilma’s continued operation.

“It’s about all of us,” Drewry said. “We’re celebrating the building, the business; it’s about the people.” 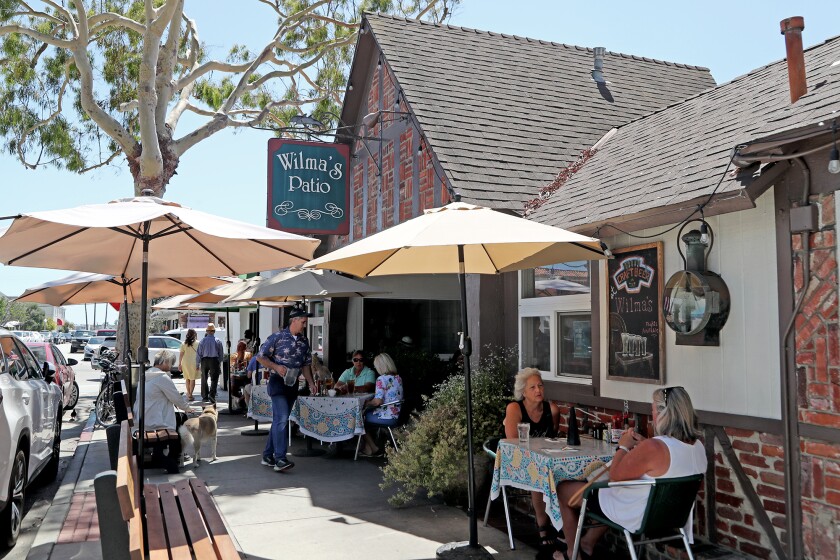 Customers seated outside at Wilma’s Patio Restaurant on Tuesday in Newport Beach.

Support our coverage by becoming a digital subscriber.

This week, the morning lows were under 60 degrees in the Greater Houston area. Houstonians took their dogs out for walks, drank margaritas on the … END_OF_DOCUMENT_TOKEN_TO_BE_REPLACED

FANS expecting to see Jason Donovan at the Cliffs Pavilion have been disappointed the last two nights. Jason, alongside Alexandra Burke, start in … END_OF_DOCUMENT_TOKEN_TO_BE_REPLACED

You might know me as the plant lady who for years has attended the Village meetings requesting better services, with scant results.I have been told by … END_OF_DOCUMENT_TOKEN_TO_BE_REPLACED

There is a real upside to two new sweet potatoes making their debut in 2023. I mean that tongue and cheek as that is actually part of their name, but … END_OF_DOCUMENT_TOKEN_TO_BE_REPLACED